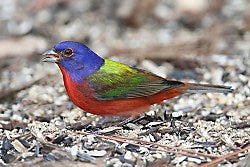 Animal migration is the seasonal movement of a species from one distinct area to another. (Read More)

Why do birds migrate?

How do birds find their way?

Birds migrate by relying on a variety of senses, including some that humans don’t possess. (Read More)

When do birds migrate?

Most birds migrate during the spring and fall in an effort to reach a habitat that is seasonably hospitable to them. (Read More)

What are migratory birds?

A migratory bird is any bird species that seasonally moves back and forth between at least two distant habitats. (Read More)

Do all birds migrate?

There are thousands of bird species that are considered migratory birds. From hummingbirds to penguins, the list is huge. (Read More)

Where do birds migrate?

Birds that spend at least one season in North America usually migrate north and south, following routes bird scientists call flyways. These routes can take them from the tip of South America to the Arctic Circle in Canada and Alaska. (Read More)

Which birds do not migrate? Not all birds migrate. Those that don’t migrate are called resident birds. (Read More)

WHAT IS BIRD MIGRATION? WHY DO BIRDS MIGRATE? 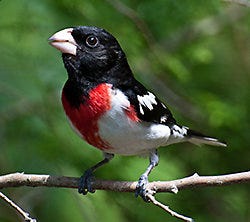 Bird migration is the twice-a-year travels birds take to find better living conditions. The benefits to migrating can include access to suitable breeding habitats, avoiding weather that is too cold or too hot, to escape growing predator populations and to find more abundant food sources.

With all the benefits of migration, you wonder “Why do some birds not migrate?” The answer is simple – they’ve adapted well enough to one environment to stay there all year-round. They’ve found enough food, aren’t bothered by temperature extremes, have defenses against their predator threats and nest there, too.

There are a number of triggers that tell a bird to migrate. These can help explain why birds migrate as much as understanding the benefits of migration. Still, scientists can’t say that just one thing in particular triggers birds to migrate, instead they believe it’s a mix of any number of them.

HOW DO MIGRATING BIRDS FIND THEIR WAY? 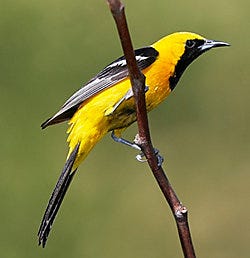 Since the phenomenon of bird migration was first uncovered, scientists have been asking “How do birds find their way during migration?” and it turns out that they still aren’t exactly sure. This is because it seems that different birds use different methods and some birds use a combination of multiple methods.

So, despite these theories, the answer to “How do migratory birds find their way?” is largely a mystery since the exact method for each species hasn’t been pinned down. With all these options, it’s hard to pinpoint the right one for each without extensive studies.

Birds Get Lost During Migration

Also of note is the fact that sometimes migratory birds get lost! Some migrating birds will overshoot their destination, often appearing far outside their normal ranges. This, of course, delights bird watchers who relish in the opportunity to see a rare bird.

Other birds engage in “reverse migration,” a problem often found in young birds. These youngsters often make their migratory journey in the completely opposite direction from their expected route. Why? Bird experts believe these birds misread the migration cues or simply their “programming” has gone wrong. The result is that they can be hundreds, or even thousands, of miles outside of their species’ typical range.