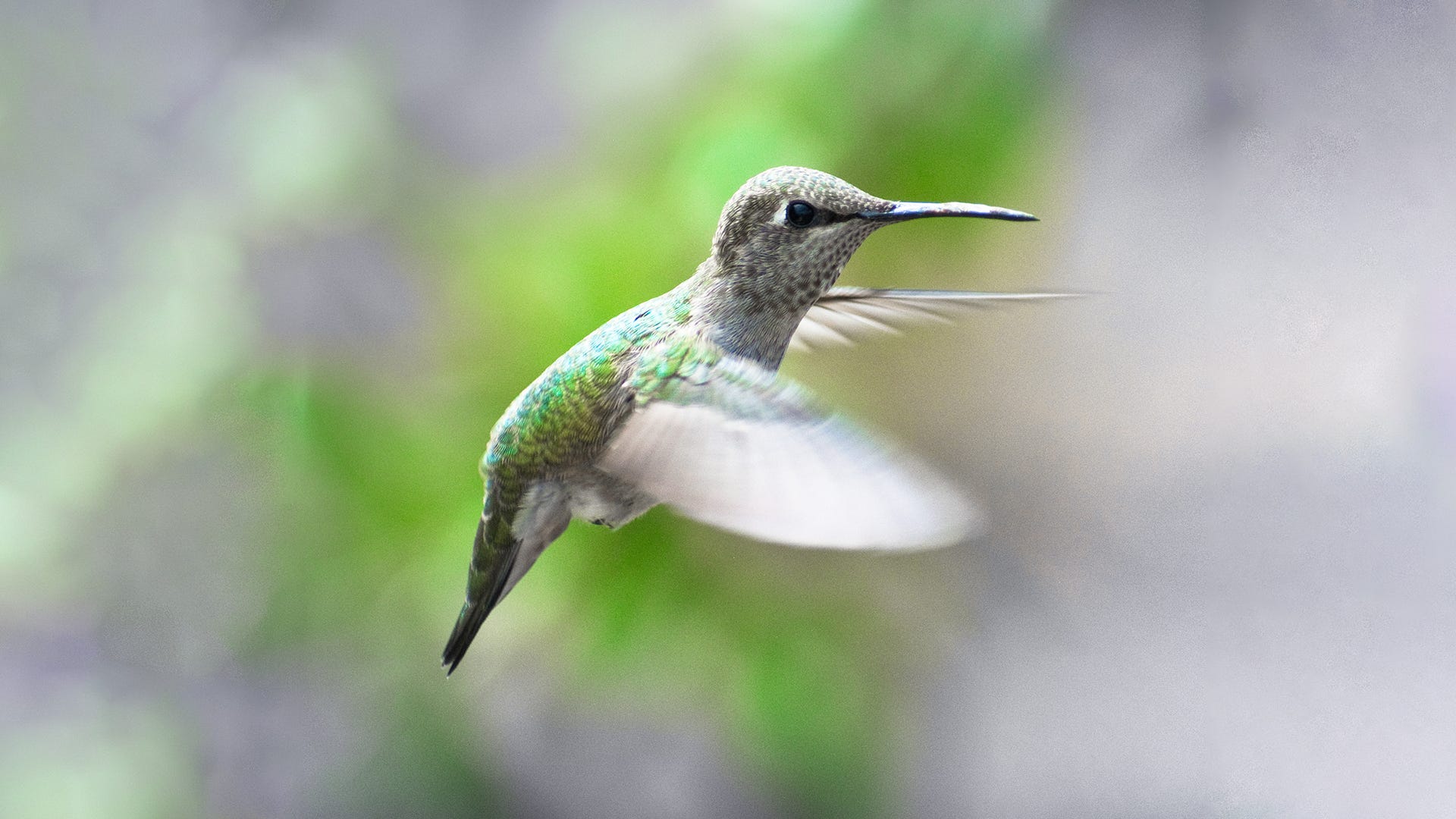 So why do hummingbirds migrate? It is believed that the first hummingbird species developed during the ice age. They have always been considered tropical birds, and the majority of them are still today, however, when the layers of ice withdrew from North America the hummingbirds saw an opportunity to discover a new land.

When the tropic region became overcrowded with hummers, making food and shelter supplies slim, these little explorers decided to journey north to take advantage of the abundant preserves of insects and flowering plant life. Because these types of preserves cannot survive in cold temperatures, the hummingbirds must travel back to Central America during winter months in order to live.

The mass of Ruby-throated hummingbirds spend their winters between southern Mexico and northern Panama. Because hummers are solitary birds, individual birds migrate anywhere within this range.

These solitary creatures do not travel in flocks; when it is time to migrate north they will leave on their journey at various times. By February, most have reached the Yucatan.  Here they begin their feast on insects to prepare for their non-stop flight of up to 500 miles, which takes approximately 18-22 hours. 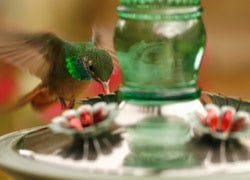 The Ruby-throats will have just about doubled their weight from 3 grams to over 6 grams. The most amazing part of this fact is that once they reach the U.S. the hummer may only weigh around 2.5 grams!  This establishes their need to fuel up and add the extra pounds to their tiny frames.

Male Ruby-throats will set out first for the coast, followed by the females who will depart approximately 10 days later. The entire process of migration for the species spans a period of about 3-months.

For example, planes are scheduled to take off

at various times to prevent accidents. Hummingbirds follow this same routine.  If the hummers were to leave all at once and a weather catastrophe would occur, it could likely destroy the entire species. This explains the reason that only a few Ruby-throats will be spotted in the beginning of migration. The remainder of birds will arrive later, sometimes by a span of several weeks. Northbound migration is typically concluded by mid-May.

Once the flowers cease blooming and insects are scarce, sometimes as early as mid-July, hummers start preparing for migration again. However, the majority of them will leave late August and early September.

To begin their journey home (south) the hummers will follow the same process as when they travel northbound.

Naturally, we do not know all the specifics of hummingbird migration, but we do enjoy and appreciate the laborious journey these tiny travelers make each year to our backyards! Get your feeders ready to hang, or find one here.

Want to see if the hummingbirds are in your area? Check out our interactive migration map and track you own sighting!