Why Your Backyard Birds Look Different in Late Summer 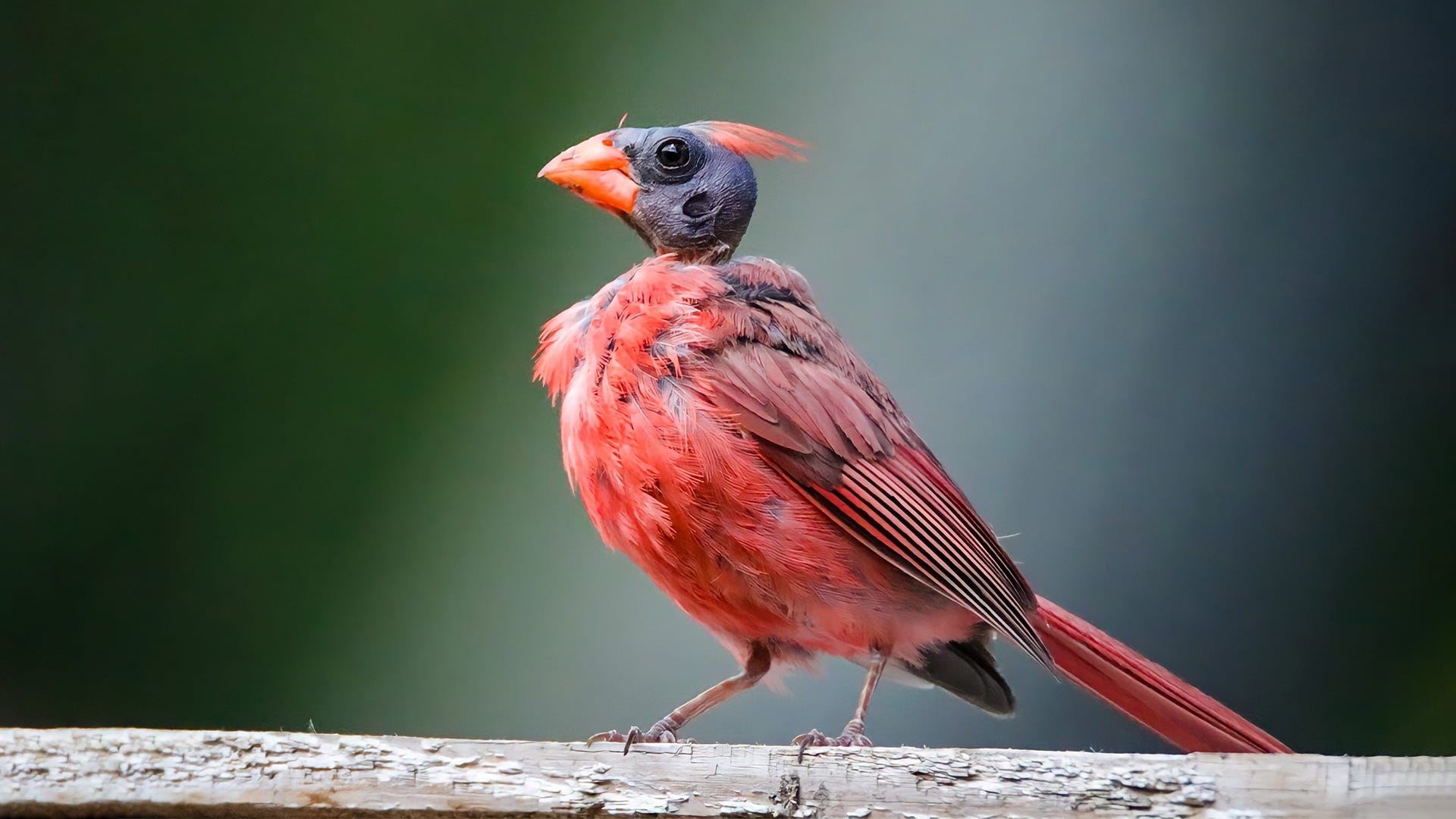 Summer is in full swing by July and most people see and feel the changes in their environment. The sun is higher in the sky, the trees are full, the mosquitos are everywhere, and the air is heavy with humidity. If you’re a birdwatcher, you’ll probably notice a difference in the appearance of the birds at your backyard feeders.

Molting season for many North American birds begins in Julyhow. Because molting is energetically expensive for birds, Mother Nature timed it just right so that it would not interfere with other energy-expending activities such as migration and breeding. Molting takes place after fall migration, spring breeding, and the subsequent tending to chicks. The timing of this cycle is yet another one of nature’s miracles.

What Does Molting Mean?

Molting is the process of a bird shedding old, worn feathers to be replaced with a fresh plumage. Depending on the species of bird, a molt may be partial and replace some of the bird’s feathers or a complete replacement. As a rule, smaller species of birds tend to replace their feathers all at once, often replacing some feathers twice. The larger the bird, the more energy-taxing the molting process will be. Large species, such as eagles, will not grow a new set of flight feathers annually. Molting restores individual primary and secondary feathers on their wings, often in a staggered process that takes years to complete. For other species, the complete molting can take as little as two weeks.

You might be wondering why a bird needs to molt its feathers. Like our hair and fingernails, feathers are composed of a protein called keratin. This material is under constant stress and subject to a great deal of damage over time.

Like the daily activities of human life that wear our human bodies, many activities of the bird’s daily life wear feathers. Activities such as rubbing against bushes, preening, flying, and even the necessary dust bath, cause friction that causes wear. The keratin weakens as the feathers age, but unlike our hair and fingernails that are capable of regenerating, a feather will no longer grow after reaching its full size.

The accumulation of this damage affects the feather’s aerodynamic properties as well as its ability to insulate the bird in all types of weather. The feather must be shed so that a new stronger feather can take its place. There are four types of molting in the life cycle of most species of birds:

What Happens During Molting?

The frequency, cycle, and timing of molts depend on the species of the bird. However, there are some aspects of molting that all birds share. You might notice your normally impeccably beautiful birds looking a bit disheveled. You might worry that the bird you’ve spotted is sick or has been attacked by a predator. These are all signs that the bird’s feathers are dropping, and new feathers are slowly taking their place. Typically, feathers molt in a symmetrical pattern across the bird’s wings, tail, and body in order to retain its balance during flight. The quills of the worn feathers need to loosen before they can be replaced. The new feather can not begin to grow until these worn feathers are ready to fall. Because of this, there will often be visible gaps in a bird’s plumage as a mix of old feathers are not yet loose and new feathers have begun to grow. Because the feathers in the wings and tail are shorter, you might notice these spots on birds first. A bird will cover any bare spaces by overlapping nearby feathers to protect its skin. Still, it will look unkempt and you might not be able to spot their usual markings. By the time the molt is complete, their markings will once again be distinct.

How to Help Your Backyard Birds During Molting

Like the breeding season, the molting season is an energy expensive time for birds and poses some danger for their safety.

The lack of enough resources during molting can be dangerous for birds. Flying can be difficult, and often impossible, while a bird is molting. With their ability to escape in jeopardy, birds are more susceptible to predators during molting. Because molting takes place during the hotter months of the year, a bird’s insulation from the heat and other elements is compromised due to lack of feathers. A bird that does not have enough sources of nutrition during this cycle will often suffer with thinner or poorly formed feathers, a hindrance that can last for months or possibly years.

Birdwatchers can help offset the dangers that molting poses by providing a rich food source that the birds in their backyard can rely on. Keeping your feeders clean, accessible, and replenished is vital. It’s also important to provide safe shelter for molting birds who are more elusive and shyer during this life cycle. You can do this by simply adding bushes or shrubs for birds to seek shelter close to the ground where they can remain out of sight.