How to Help the Boreal Forest: North America's Songbird Nursery 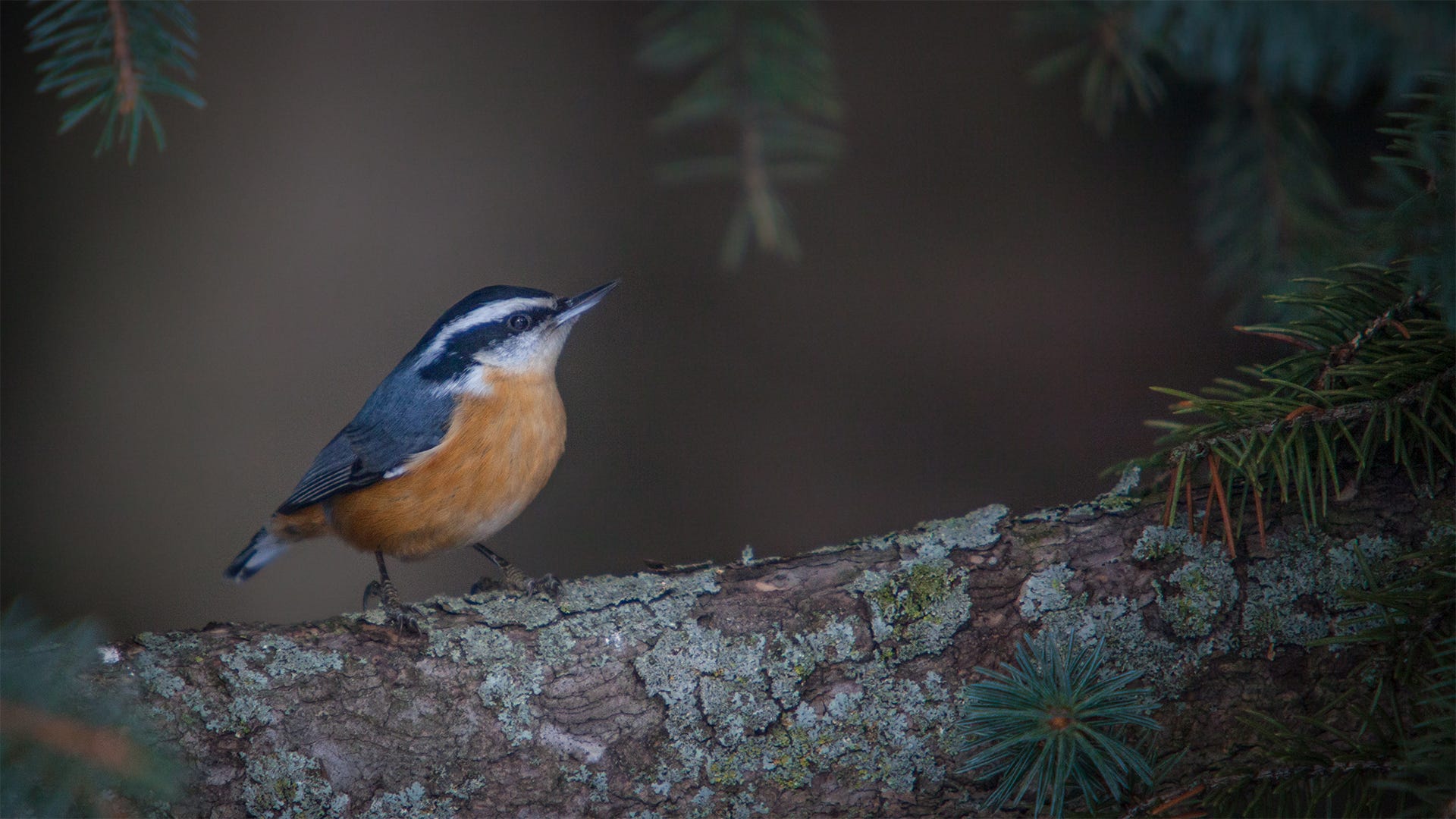 Chances are you’re familiar with the Amazon, the massive rainforest covering much of South America. Its plight has been well documented for several decades now – developers and farmers regularly wipe out large sections of this forest as they exploit its resources. 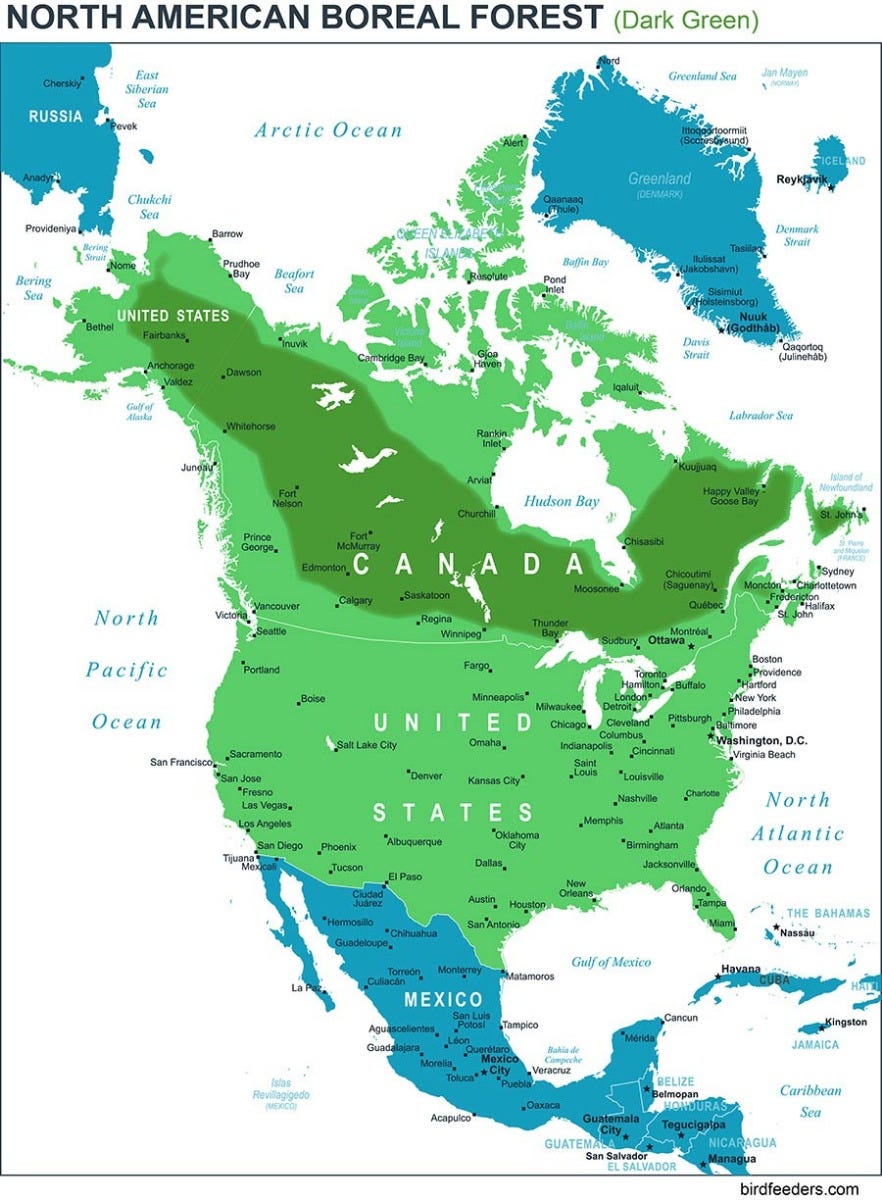 This activity has led to increased world attention on the area, which has often sought to preserve this ecosystem as well as its inhabitants.

While protecting the Amazon is a wonderful endeavor, there’s another gigantic ecosystem that deserves equal attention – especially if you’re one of those people who loves to feed birds throughout the winter.

In fact, this ecosystem is right in our own backyard. Situated mostly in northern Canada, the largely pristine North American Boreal Forest stretches across the continent from Alaska in the west to the Canadian Maritime Provinces on the Atlantic Ocean.

The forest covers approximately 1.5 billion acres of land, according to the Boreal Songbird Initiative, an organization dedicated to preserving this massive forest. Since “1.5 billion acres” is a tough measurement for most of us to imagine, consider these other figures that express the enormity of the North American Boreal Forest:

Birds of the Boreal Forest

We spoke with Jeff Wells, Science & Policy Director of the Boreal Songbird Initiative, about the organization and why its efforts matter to people who feed backyard birds.

First up, Wells explained why BSI was founded:

“There was a recognition that most North American bird lovers didn’t have any broad understanding that there is this very large, intact ecosystem in Canada and Alaska that’s outputting all these birds into the rest of the Americas,” Wells said. “Because they don’t understand where these birds are coming from, there isn’t much attention being paid to the Boreal Forest’s conservation and its future.” 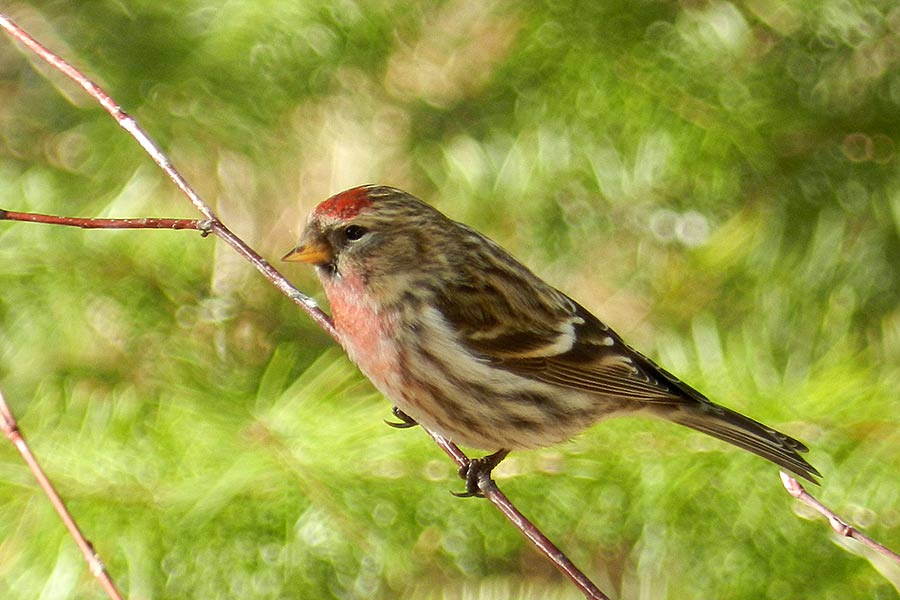 He added that there are millions who enjoy some aspect of birds in their life – whether it is through backyard bird feeding, bird watching or even hunting. Those people, he explained, need to see that the North American Boreal Forest is a tremendous resource for the birds they enjoy on a daily basis.

How so? All these birds raise their young in the Boreal Forest each summer and then migrate south during the winter.

“These are the ones people see in the forest or their backyards in the winter,” Wells said. “It turns out that some of the most common feeder birds are the birds that breed in the Boreal Forest. The Dark-eyed Junco is a good example.”

There are thousands of junco sightings reported in the Cornell University Lab of Ornithology census every year, making it one of the most common birds in all of North America. Wells pointed out that most of the Dark-eyed Juncos of the world breed in the Boreal Forest. Without it, we wouldn’t have these wonderful birds.

“The White-throated Sparrow is another common one,” Wells added. “It has more than 80 percent of its breeding population in the Boreal Forest. Some of the common finches that people see in the winter – the Purple Finch, the Redpoll, the Pine Siskin and the Evening Grosbeak are all Boreal Forest breeders. For most people, when they see one of these birds, they should know it was born in the Boreal Forest region.”

Wells, a Ph.D. in ecology and evolutionary biology, understands that the deep, northern woods of Canada aren’t the first thing that people think of when they talk about birds raising their young. Instead, people think of the birds that raise their young in their backyard – robins, bluebirds, and starlings.

“Most have never given a lot of thought to where these other birds are coming and going,” Wells said. “A lot of professional people – bird biologists, educators, bird guides, hobbyists — say ‘Of course this makes sense!’ when I present all this information on the Boreal Forest. They had never thought of it. They would say ‘I could see it looking at the field guides and the maps, but I never thought about it as their nesting grounds.’” 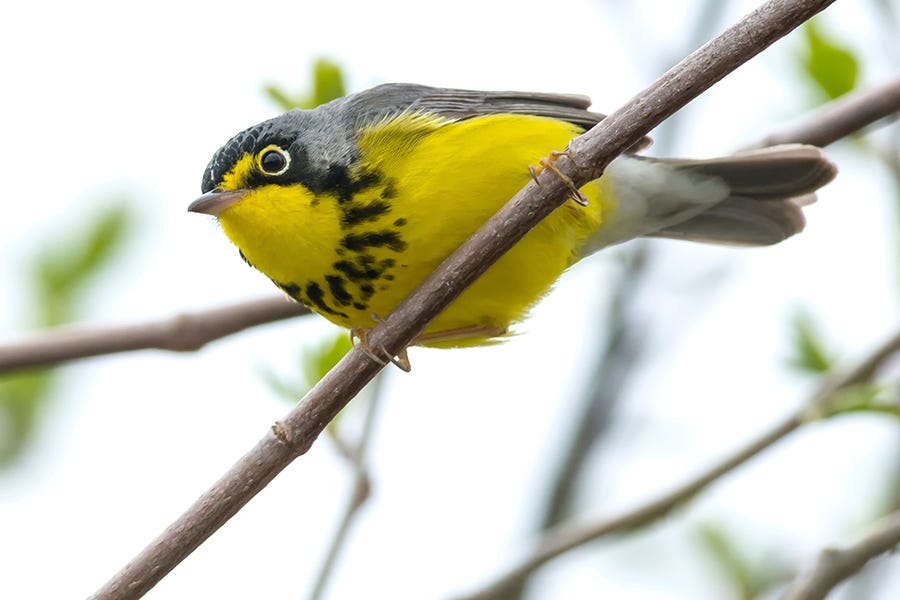 The Boreal Songbird Initiative’s main objective is to preserve the North American Boreal Forest, but it also tries to help advance the science surrounding life in the massive forest, which is mostly made of coniferous trees.

One study by Wells’ colleagues was to collect data on the migrations of the Canada Warbler.

“It’s a beautiful bird with a steely blue back and bright-yellow underside, a bright-yellow ring around its eye,” Wells said about the species. “It’s actually been in long-term decline over the last 30 to 40 years and is on Canada’s threatened list.”

To gather data, field scientists went out to the Boreal Forest, caught a number of the warblers and attached GPS devices to them. The idea was to map the travels of the birds, which spend part of their year in South America.

Recapturing the same birds was the biggest problem for the group. Unlike your cell phone, the GPS devices on the birds are tiny and only able to collect information, not transmit it. That meant that the team had to venture back out into the forest the following year and find the same birds again.

Scientists had prior bird research to help them though – they knew Canada Warblers return to nearly the exact same spot from year to year for breeding. Once the team had returned to the same section of forest, they set up misting nets and played warbler recordings to attract the birds. The effort resulted in collecting information from about 10% of the birds they originally tagged.

Ten percent may sound like a dismal recovery rate, but it’s actually quite good since mortality rates can be quite high for birds from one year to the next.

Even now, the BSI team is sorting through the information on where the Canada Warblers went during their time away from the Boreal. That information will be used to further expand the efforts of the BSI, Wells said.

What Else Does the Boreal Forest Offer?

Beyond being a haven for birds and animals, the North American Boreal Forest is an incredibly valuable resource for the entire planet.

Water, for example, is abundant in the Boreal Forest. In fact, thanks to its numerous lakes, rivers, and wetlands, the Boreal Forest is said to be the largest reserve of fresh water in the world. It also has the longest undammed river in the world – the Mackenzie, which has tributaries reaching into several Canadian provinces and territories.

“That’s the carbon that has come from living plants — peat and things like that. This terrestrial carbon is kept in ‘cold storage’ and a lot of times it’s kept underneath the permafrost,” Wells explained. “The more you can keep it stored in that ice box, the less it escapes into the atmosphere and raises global temperatures. It’s also important to allow the ecosystem to keep adding to it – pulling carbon out of the air and basically sticking it underground.” 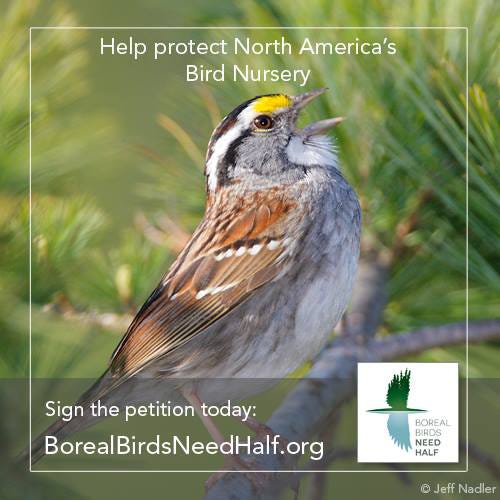 As an independent organization trying to protect a forest that spreads across two countries, the Boreal Songbird Initiative needs help from the international community – and it especially needs support on a grassroots level.

Wells said the BSI’s focus right now is on their “Boreal Birds Need Half” campaign. This effort is aimed at preserving at least half of the Boreal Forest.

“Modern conservation science has looked at this question of ‘how much of a habitat do organisms need?’ They determined you need something in the order of at least half of that ecosystem for it to maintain itself into the future,” Wells said.

The good news is that about 80 percent of the Canadian Boreal Forest is still intact. The only thing that BSI wants now is for it to be officially protected. To help, Wells urges everyone to visit the BSI website and sign the petition to preserve the Boreal Forest. From there, he suggests people bring the subject up to their friends, family, and legislators.

The Boreal Forest, he explained, is a true international treasure and it needs to be preserved.

“It is one of the last places on Earth aside from oceans where you can fly over it and see undisturbed habitat – no roads or towns or powerlines,” Wells said. “You can fly over it for hours without seeing any sign of these things. What we are doing is planning ahead to maintain large pieces of it as a reservoir for birds.”