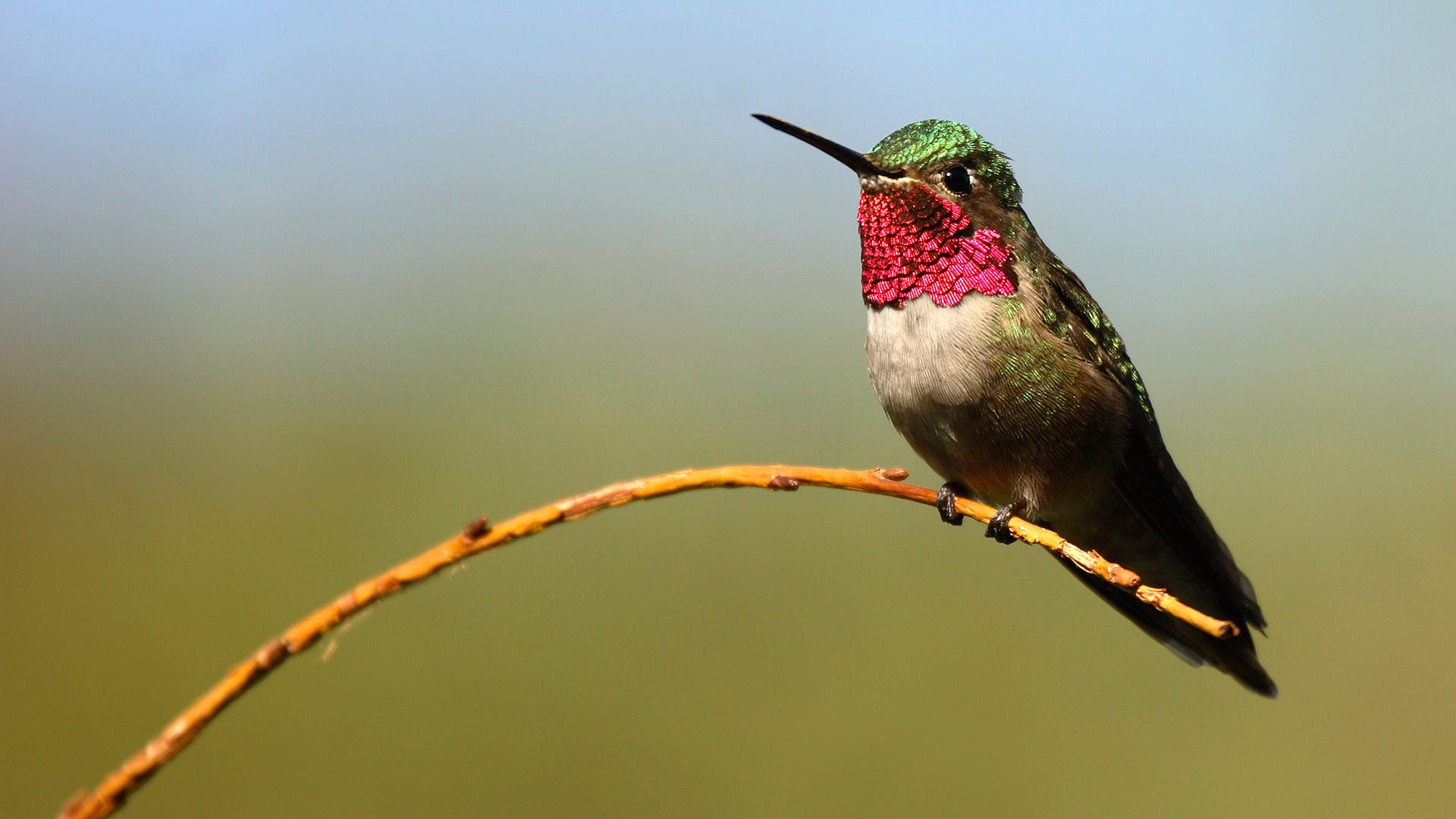 If you reside in the mid and eastern United States, then you may have spotted a Ruby-throated Hummingbird or two. These hummers are sharp, determined birds that are always after a new nectar source as they zip around like tiny helicopters. Named for their red, iridescent throat feathers, they are members of the trochilidae bird family, which includes all hummingbirds.

Their summer habitat includes deciduous woodlands, with the preference on areas that border stream edges, orchards and meadows. Their interest in drinking from flowers naturally makes them highly attracted to residential yards where they can enjoy nectar from flowers and hummingbird feeders.

Ruby-throats usually migrate over the Gulf of Mexico, following a route that takes them from the Eastern United States and Canada to Mexico and Central America and back again.

If you’ve spotted a Ruby-throated Hummingbird, log your location in the Hummingbird Migration Map, which catalogs sightings all year long. 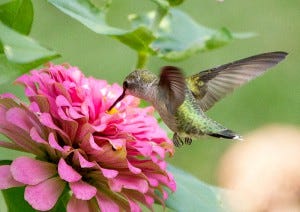 Some people believe that all hummingbird species live only on flower nectar and a sucrose-based formula provided by helpful humans. That’s actually not the case. Hummingbirds certainly do drink a lot of flower nectar, but they also eat insects as a source of protein.

These tiny creatures don’t prefer any specific colored feeder over another. They do however have preferences on where a feeder is located. For optimal feeding, place hummingbird feeders at least 10 feet away from windows and near red or orange colored trumpet-shaped flowers. Don’t forget, to keep hummingbirds coming back year-after-year, make sure that you are cleaning feeders properly on a regular basis. In hot weather, hummingbird feeders should be cleaned every 2 to 3 days. 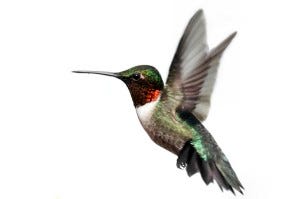 Like all hummingbirds, the Ruby-throat is a very small bird. Its wingspan is usually less than 4.5 inches across and they weigh 0.2 oz at most. Only male Ruby-throated Hummingbirds have the red gorget (throat patch). Both genders have at least some green iridescent feathers. The females are less colorful, and often have an additional milky brown color blending along their flanks.

The iridescent nature of hummingbird feathers can make them look one color in certain light and a different color when under another light. This “changing” appearance can lead to some misidentifications.

Ruby-throated Hummingbirds are highly adapted to flying.  In fact, their wings are so short that when they are perching the tips of the wings do not reach their tails. Additionally, their legs are so tiny that these beauties can only scoot along branches; they cannot walk or hop as most birds do.

Like many other hummingbirds, male Ruby-throated Hummingbirds can be very territorial and often protect patches of flowers and feeders from being used by other hummers. According to one expert, they defend hummingbird feeders just as much as the do flowers because they don’t realize that the feeders will be refilled.

The territory males protect can be as large as a quarter of an acre, which is a pretty large space for such a little bird! To reduce this instinct, simply add more, smaller feeders rather than one large one. Ultimately, the defending male will decide its not worth it to defend such an abundance of nectar and allow others to feed. 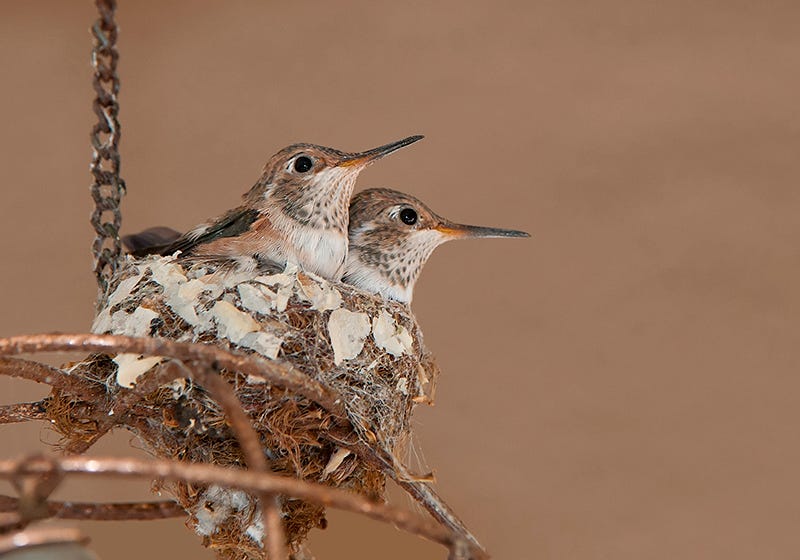 The Ruby-throated Hummingbird is the only breeding hummingbird in eastern North America. When Ruby-throats begin nesting, they build a nest the size of a large thimble directly on top of the “Y” of a tree branch. In nature, they typically will place the nest in a deciduous tree which often shields the nest from heat and rain. Some Rubys have used less-natural nest platforms including chains, extension cords and wires.

The nest is constructed with thistle or dandelion down, which is then held together with spider web silk and other materials. The female then lays one to three eggs which incubate for about two weeks.