10 Things to Hate About Squirrels 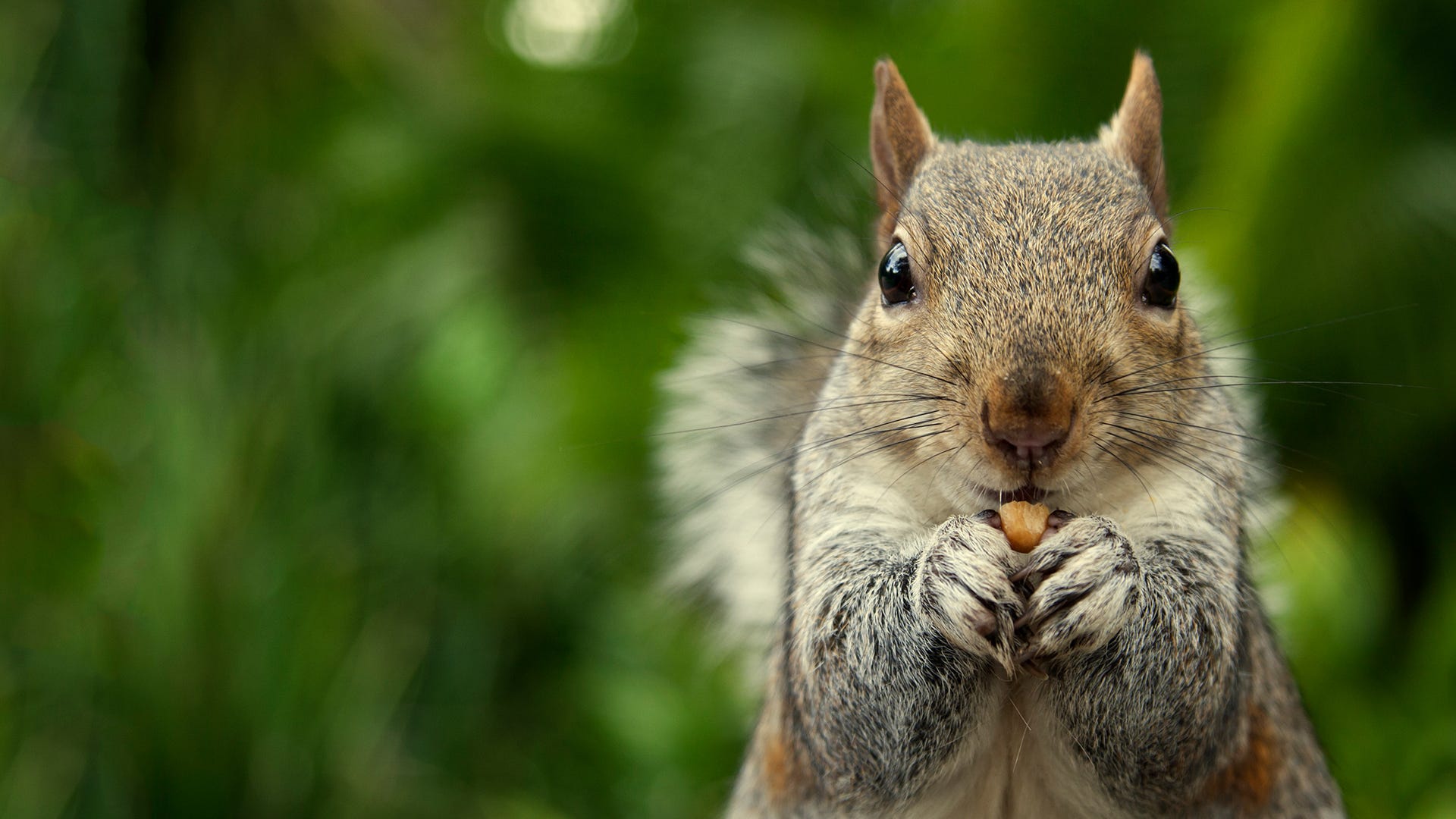 Any avid bird enthusiast knows how annoying squirrels can be. They’re always milling about in your yard and helping themselves to whatever they see. There’s just something about their general presence that aggravates most birders.

Sure, they’re cute and all, but we want to remind you just how frustrating they are. In fact, we decided to make a list, just in case you’re not willing to give us the benefit of the doubt. What makes a squirrel annoying and so worthy of our scorn? Allow us to explain in a list we want to call …

We can’t even begin to sneak up on a squirrel. Because of the placement of a squirrel’s eyes on the sides of their head, squirrels have a wider view of their surroundings. That means they aren’t going to let us get close to them, unless we’re offering them a peanut. In this video, you get an HD-look at a squirrel, those eyes are just mesmerizing.

Who wants a yard full of holes?! Not us! Squirrels are infamous for digging holes and burying their acorns, nuts and absconded seeds. Then what happens? They forget where they hid them. Another entry on the list of annoying squirrel habits. In this video, it gets even worse. The squirrel opts to bury a peanut in a potted plant!

8. Squirrels go to work when you’re at work.

During the summer months, squirrels are most active in the early morning and mid-afternoon. During the cooler months of the year, they prefer a one-time food supply shopping spree around noon. Since you’re busy while they’re their busiest, you better make it difficult for them. How about an obstacle course?

7. If they’re not eating out of the bird feeder, they’re dining in the garden.

Always blaming your disappearing vegetables and newly planted flowers on the neighborhood bunnies? Not so fast! Besides nuts and seeds, squirrels love to fill their bellies with the delicacies of your sprouting garden and flower beds; so much for bird-scaping. Why not open up a squirrel buffet. Just look at this hungry squirrel. He plucks a flower right off the bush and chows down.

We have to admit it – squirrels have skills. They can jump up to four to five feet vertically and eight to ten feet horizontally. In fact, the fusion of the bottom of their paws allows them to survive jumps up to 20 feet in some circumstances.

All those skills have a downside for us: No bird feeder hanging from a tree or deck is safe from these athletes in fur coats. Of course, sometimes a squirrel’s leap can go terribly wrong.

Like most rodents, a squirrel’s teeth grow throughout its life. That means if Mr. Squirrel wants to use them, he’ll need to chew… and chew … and chew. He won’t stop at nuts and seeds either — bird feeders, electric cables, wood and even your house is fair game. Even those things aren’t always enough. Sometimes they have to look for something even tougher to gnaw.

4. There are cheetahs, and then there are squirrels.

Remember when we said these squirrels always seem to know when something is coming their way? Well, their ability to travel at speeds up to 20 miles per hour makes them even more unstoppable. How can these short-legged runts be faster than us, or even our (admittedly very lazy) dog?

Not only are they fast runners, they’re also fast talkers!

3. Eating is what squirrels are about

According to LiveScience, squirrels devour up to one pound of seed per week. In addition, they prepare for the cooler months of the year by swiping bird seed and storing it in hiding places scattered throughout your yard. More importantly, they’ll take food whenever they can, so you can’t make it too easy for them.

2. A squirrel decides its territory, not you.

Just like a hummingbird will protect any food source it deems to be its own, squirrels will do the same thing. So, if a squirrel decides that YOUR bird feeder is HIS, then your birds are going to go hungry.

Don’t believe us? Check out this knockdown battle between two squirrels. They’re loud and feisty!

1. Squirrels want that bird seed, and they’ll destroy your feeder to get it.

It doesn’t matter if your feeder is brand new, was passed on from a beloved family member, or was a recent gift, squirrels will do whatever they can to access the bird seed inside. Gnawing is their first tactic. Surely they can get inside. If that doesn’t work, they’ll try to knock to the ground. It’s tough to beat a determined, hungry squirrel with their eye on the bird seed prize.

Of course some feeders have what it takes, and Perky-Pet® has just what you need.

Need some squirrel-fighting tactics? We have them! How about even more squirrel resistant feeders? You bet!

What’s that? You want one more squirrel video? How about a “Squirrel fail” compilation? Yeah, it’s as awesome as you would expect!