Perky-Pet® is dedicated to educating the world on why birds matter and how we can help them. We took a look at the annual State of the Birds report and used the information there to create this infographic. Our hope is that this information can bring new light into why we love birds, why they matter and how you can help in bird conservation efforts. 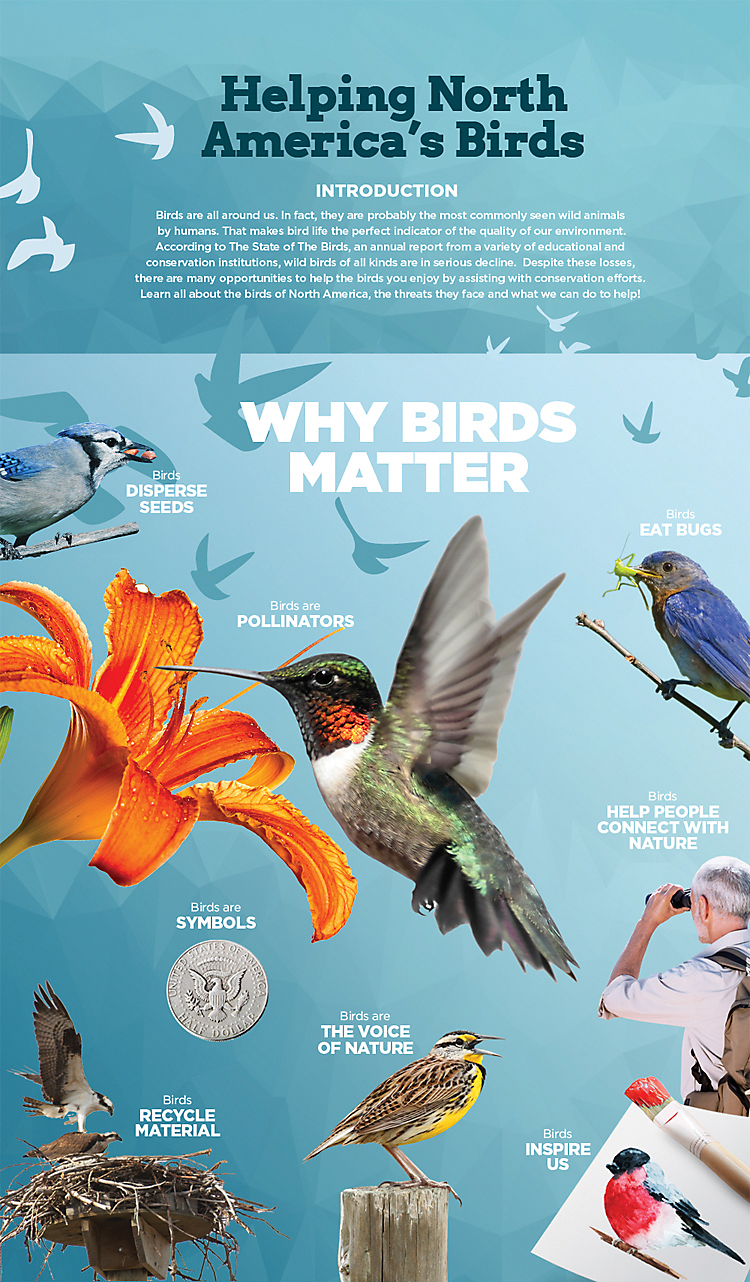 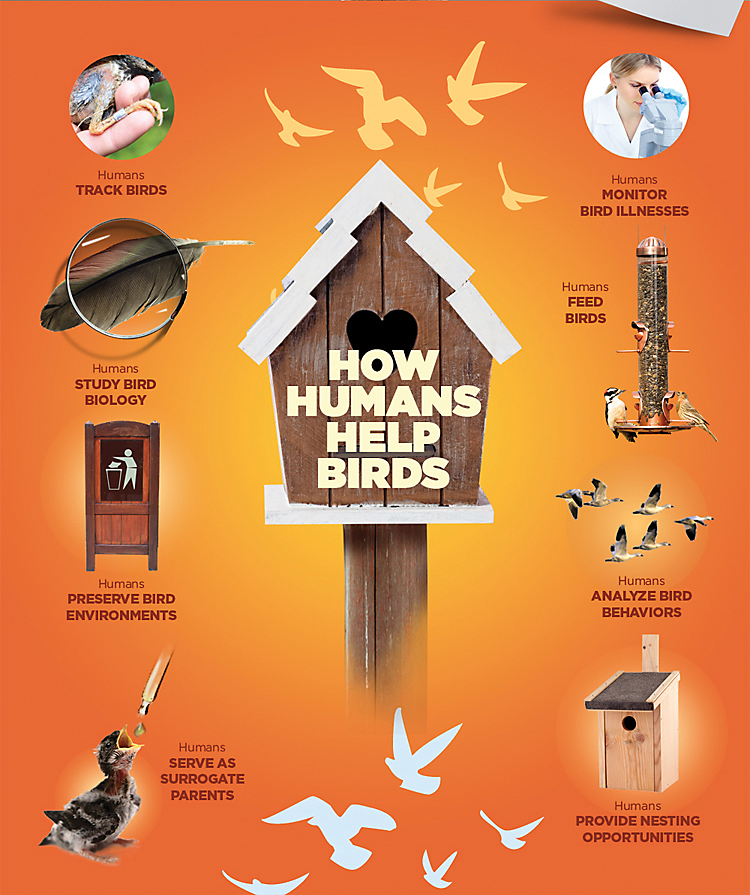 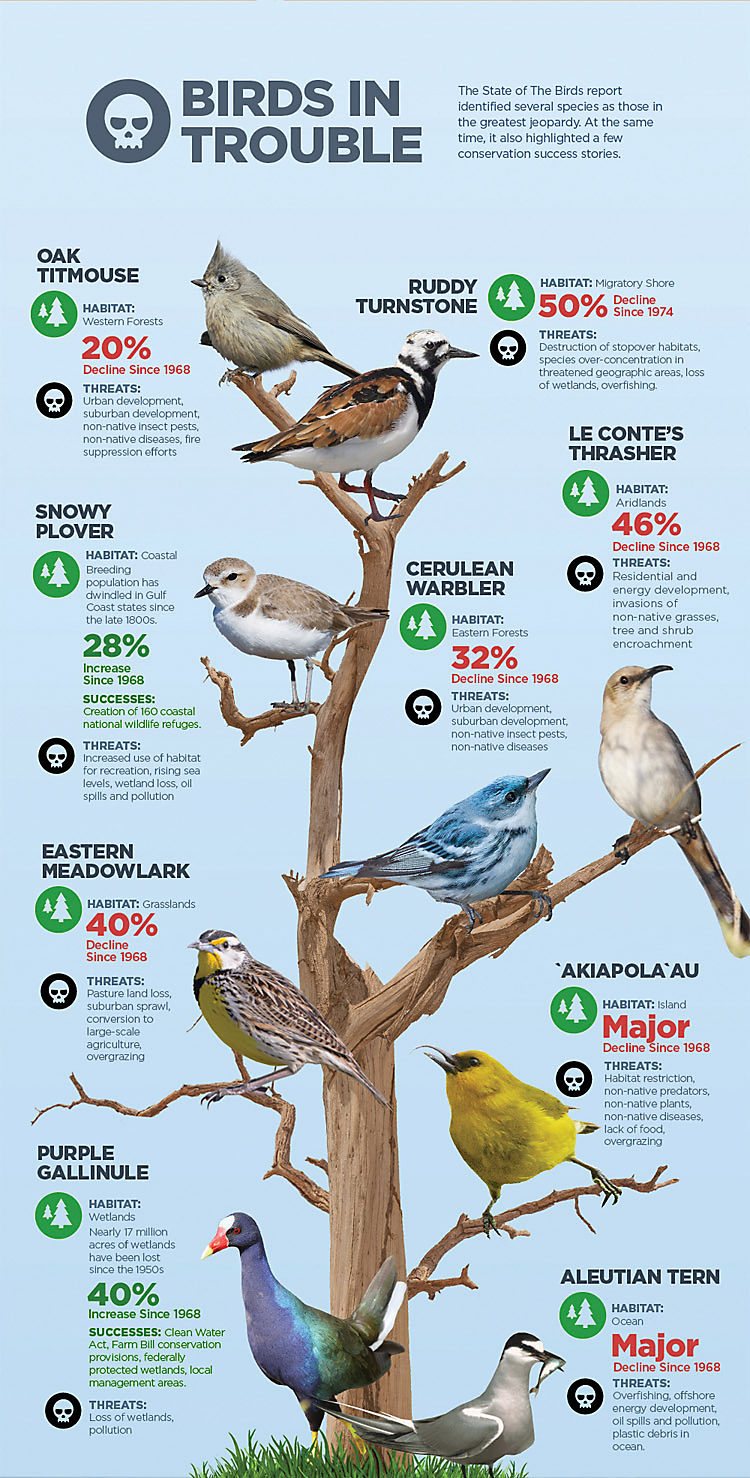 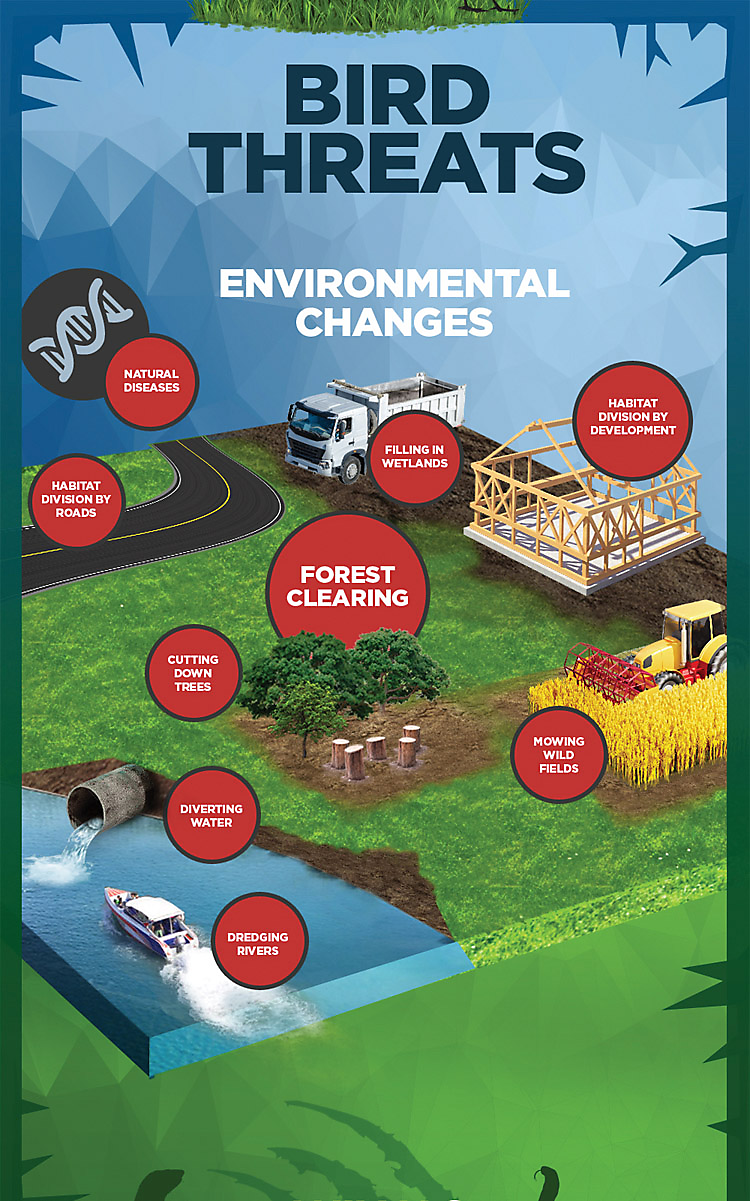 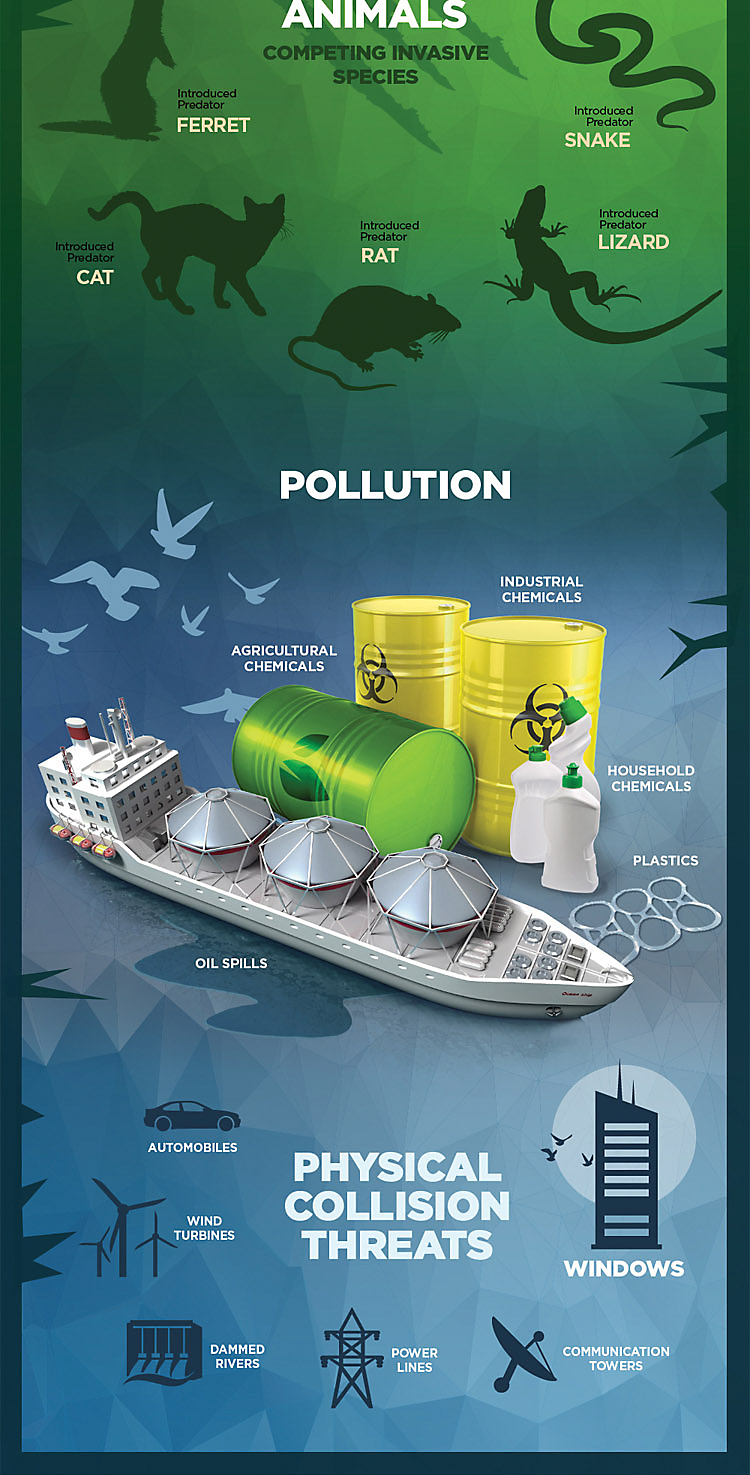 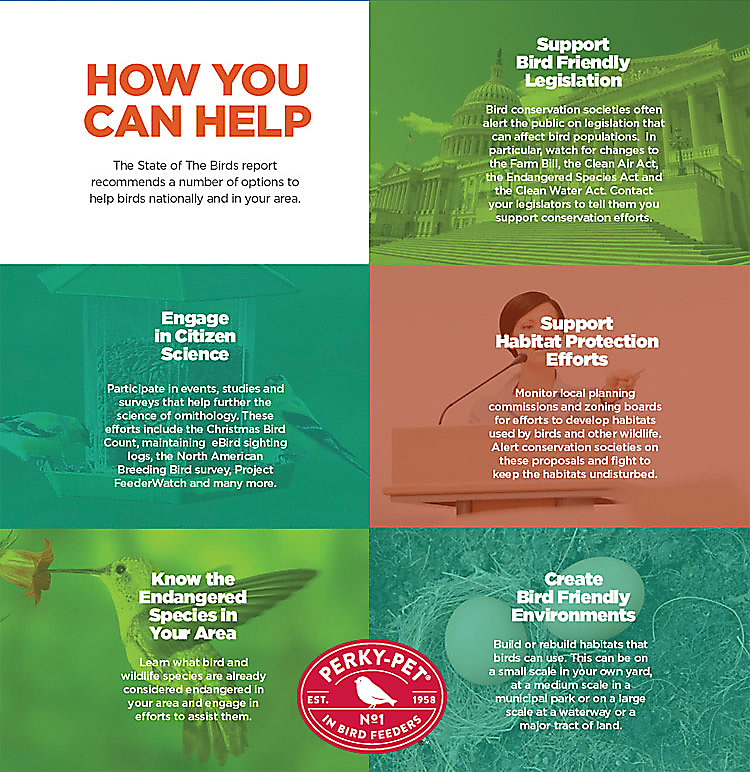 Many human activities can create trouble for birds. These activities are rarely meant to specifically target birds, but rather they are side result of some other activity, such as pest control efforts or clearing forests for human habitation.

Your Place in Bird Conservation

Learn more about bird feeding, and help promote our next generation of bird lovers. Visit us on Facebook to tell us about your efforts to encourage bird conservation. Also, be sure to subscribe to our e-newsletter for updates on our efforts, information on great discounts and links to stories about the wild birds we all love!

Having Trouble Reading the Graphic?

Below, you will find the complete text of this bird conservation graphic posted above. This text is the same as what you can see above, we just wanted to make it available for those who cannot read the "Helping North America's Birds."

Birds are all around us. In fact, they are probably the most commonly seen wild animals by humans. That makes bird life the perfect indicator of the quality of our environment. According to The State of The Birds, an annual report from a variety of educational and conservation institutions, wild birds of all kinds are in serious decline. Despite these losses, there are many opportunities to help the birds you enjoy by assisting with conservation efforts. Learn all about the birds of North America, the threats they face and what we can do to help!

The State of The Birds report identified several species as those in the greatest jeopardy. At the same time, it also highlighted a few bird conservation success stories.

Animals Many animals introduced into an environment can create stress on the animals that have already naturally adapted to it. These species can begin preying on the original inhabitants, eat their food or alter the environment in such a way as it becomes uninhabitable. These animals are often considered introduced predator threats to native birds.

Pollution Pollution can have an adverse effect on native birds, often poisoning their food supplies, injuring their prey animals or interfering with their way of life in some other way. The pollution most problematic to birds are:

Physical Collision Threats A number of physical, man-made objects can pose dangers to birds. Most of these threats are evident when birds are in flight, but some are when they are on the ground or in the water.

How You Can Help with Bird Conservation

The State of The Birds report recommends a number of options to help the bird conservation efforts nationally and in your area.