Climate Change is a Bird Emergency 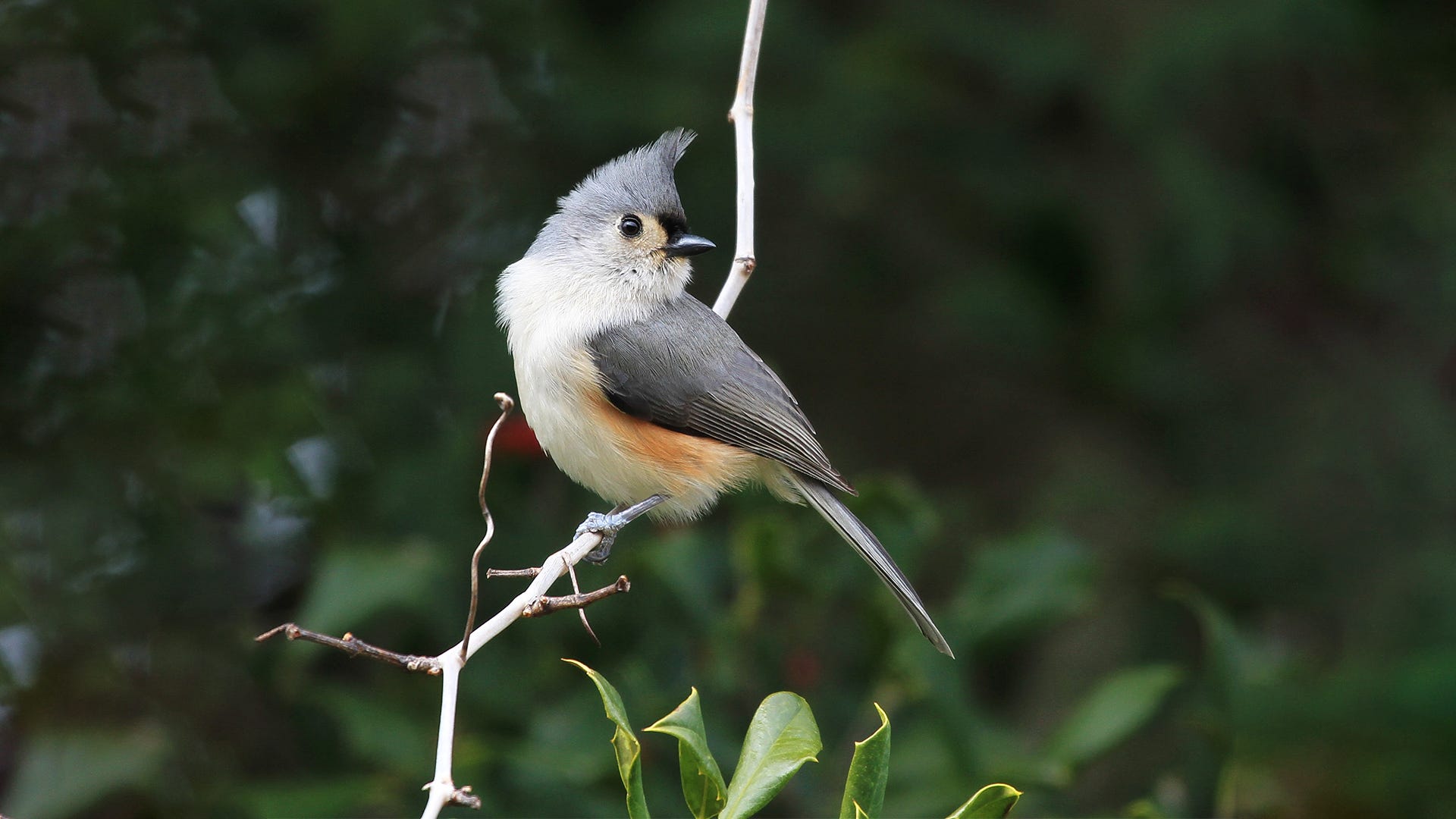 It’s not news that extreme weather events during the last decade have wrought destruction across the country. Wildfires continue to rage, waters rise in deadly floods, and sudden storms seem to be covered in the news daily. However, not enough attention is being brought to how these climate change related events have impacted North American birds.

Birds Falling Out of The Sky

In the south-western United States, scientists have seen a mass die off of thousands of songbirds. Autopsies performed on these birds have concluded that these birds died of starvation over a long period of time. Undoubtedly, it was made worse by unseasonably cold weather linked to the current climate crisis.

The states where these birds were found included New Mexico, Colorado, Texas, Arizona, and Nebraska. The songbirds literally fell out of the skies as starvation rendered them unable to navigate buildings and other normal flying conditions. While many died on impact, countless others died because of cold temperatures or inability to escape predators.

Upon examining thousands of songbirds, scientists at New Mexico State University believe these birds began their migration already in an emaciated state, battling wasting muscles to make an already perilous journey. Considering the meg-drought the south-western region has seen, scientists have little doubt that climate change is to blame. Funding for further research of these mass die offs is desperately needed to monitor and track effects of extreme weather on birds.

After nearly four decades of research and collecting data, ornithologists have concluded that another impact of climate change on North American birds is their size. North American migratory birds are shrinking. Additionally, as their bodies have shrunk, their wings have grown longer. Research has linked these concerning changes to the warming temperatures caused by climate change. The study began when ornithologist and study author David Willard’s curiosity was piqued after hearing mention of bird strikes at McCormick Place in Chicago, the largest convention center in North America.

Despite their dimming the building’s light at nighttime, they continued to find birds colliding with the building. With more than 100,000 birds collected during an almost forty-year long period, it was noted that most of the birds were sparrows, thrushes, and warblers. After extensive data collection, it was concluded that, regardless of the species, the birds were all becoming smaller.

Because the sample was a large one involving diverse bird species, Willard believes the trend is widespread. While the study showed a loss in body mass and lower leg bone length, he found the species with the fastest decline in leg length showed the most rapid gains in wing length. The definitive conclusion was warmer temperatures are a strong predictor of smaller body size.

As climate change heats up northern latitudes, smaller birds are more able to shed excess heat. The most notable risk of this adaptation is that smaller bodies cannot produce enough energy to fuel their migrations. It appears the birds’ wings have become longer to compensate that loss.

These important findings add to growing concern that the overall health of North American birds is in a dire state. With an already documented 29 percent decline in North American migratory birds, this study points to the potential loss of 2.9 billion birds in the next fifty years.

National Audubon Society scientists published a study showing that climate change has caused measurable shifts in North American birds’ ranges during winter and breeding seasons. The study was years in the making with scientists and volunteers working together in Audubon’s program, Climate Watch. The study confirmed a vital projection Audubon had made earlier – rising temperatures and changing rain and snow patterns produce drastic outcomes. That drastic outcome was the establishment of new territories by North American birds.

Hundreds of bird species are being disrupted by climate change. The study was able to see that climate-vulnerable birds shifted habitats at a pace that followed changes indicating climate suitability, namely the rise in temperatures. The most notable change was changes in birds’ wintering season as rising temperatures give birds a false sense of accessibility to food and necessary resources.

Suitable habitats are shifting or shrinking in response to the rise in temperature. With drastic changes in winter habitats and breeding seasons, the Audubon Society needs further assessment to determine if North American birds can survive in these new territories.

At the shore, rising waters inundates shorebird nests and burrows, taking eggs away in their surges and killing chicks. If the rising waters don’t kill the chicks, it often causes the parental bird to avoid visiting the nest during heavy rainfalls, resulting in chicks being less likely to survive. While some chicks like the piping plover can feed themselves soon after hatching, heavy rains and flooding is detrimental to the chick’s newly acquired foraging abilities.

Bird behavior is affected by rainfall changes in habitats. The impact is particularly negative on migratory species as variations in rainfall in tropical habitats alter timing when it comes to spring departures. For ground birds, rainstorms can prevent starting or continuing long distance migratory journeys. Even heavy snowfall or extended periods of snow cover impact birds like the barn owl, whose hunt for food is affected by the lack of small mammals.

See also: How Birds Survive Devastating Storms—and How You Can Help Them

Often referred to as nature’s calendar, phenology is the timing of the natural events in the bird’s life. The word comes from the Greek language, specifically from the word ‘phaino’, meaning ‘to show or appear’ and ‘logos’ meaning to study. Phenologists study the timing of specific biological events in relation to changes in season and climate. Ornithologists study the vital biological events of the bird’s life like mating, molting, and migration.

Studies have already shown climate change’s impact on the phenology of birds. Temperatures trigger most bird species to begin events vital to survival such as migration or reproduction. Changes in temperature are altering the times these changes take place. A long-term study in Europe called attention to the plight of the great tits. This species times its reproduction to when their prey is most abundant to nourish nestlings. Nestlings raised during peak season for caterpillars in oak trees have a greater chance of survival. Because their reproduction is timed to peak in abundance of this prey, the great tits reproduction time is narrow and specific. Temperature is their cue to reproduce. Unfortunately, warmer temperatures have led the species to breeding earlier in spring, but the caterpillars have emerged earlier, making the clutches of these birds too late for the peak abundance of their prey.

Lastly, birdwatchers can visit Audubon’s Take Action page on their website and sign up for the Audubon Action Network. The network provides birdwatchers an opportunity to take part in conservation efforts and voice their concerns to the right agencies. Right now, there are several actions in need of birdwatchers to sign that will help North American birds in the fight against climate change.

A Call for Immediate Action

Like any emergency, immediate action is necessary to combat the effects of climate change on North American birds. While backyard birdwatchers may think they can’t make a difference, they can help birds.

Backyard bird watchers can help by taking part in events like Audubon’s annual program Climate Watch where birdwatchers take counts of certain species from May 15 to June 15. The Audubon also encourages backyard bird watchers to take part in their program Plants for Birds, in which birdwatchers can look to their website to find out what plants are life sustaining to birds in their area.

Birdwatchers can download the eBird app—the national database run by the Cornell Lab of Ornithology. By entering the species of birds they spot, birdwatchers can help the lab understand changes in species and populations throughout the country.

Lastly, birdwatchers can visit Audubon’s Take Action page on their website and sign up for the Audubon Action Network. The network provides birdwatchers an opportunity to take part in conservation efforts and voice their concerns to the right agencies. Right now, there are several actions in need of birdwatchers to sign that will help North American birds in the fight against climate change.