How to Attract Blue Jays 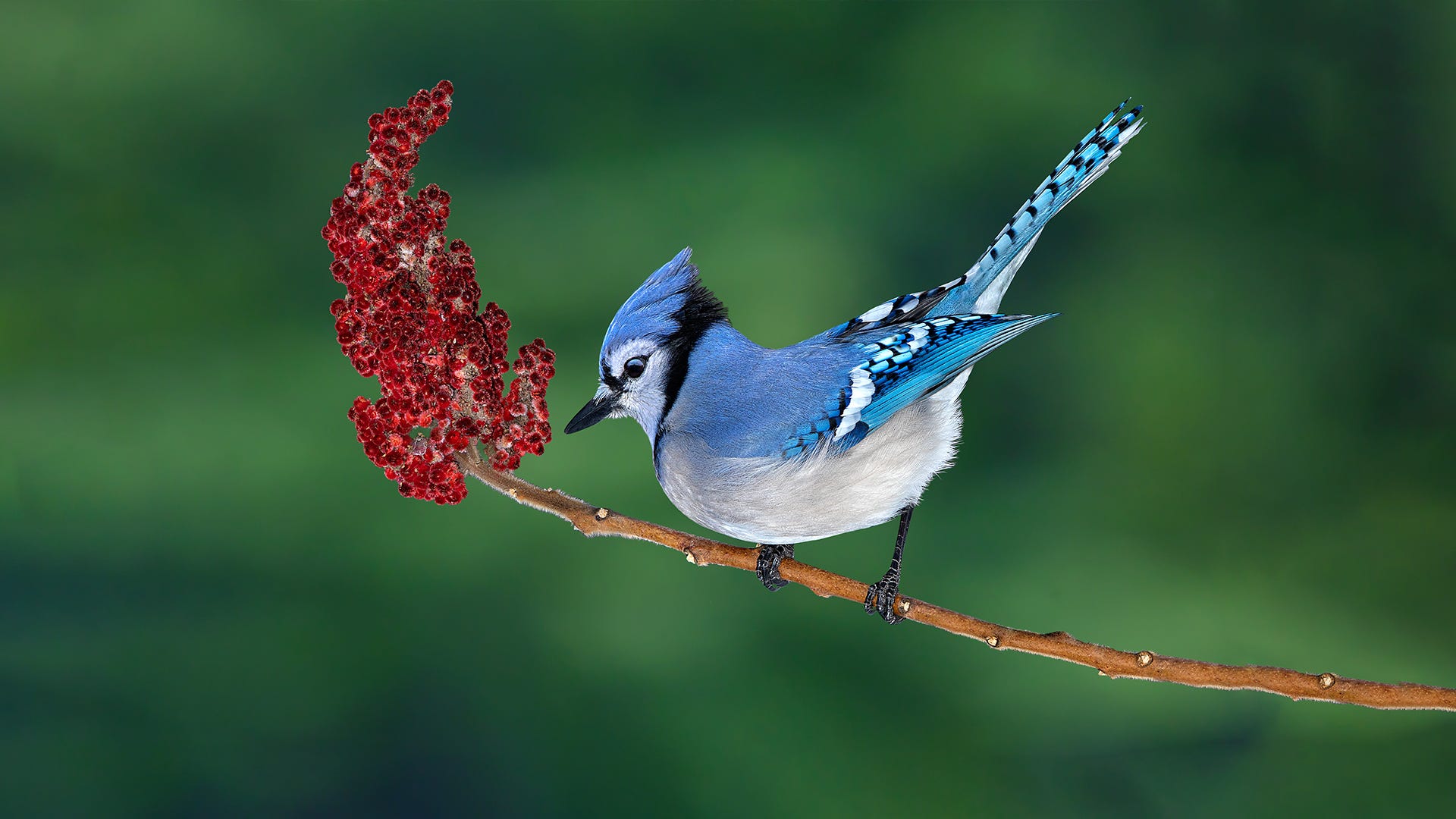 Blue jays (Cyanocitta cristata) are curious, colorful corvids that are always fun to see in the yard. As year-round residents, they bring their bold personalities to feeding stations and bird baths in every season. If blue jays aren't already guests in your yard, it's easy to make your property more jay-friendly.

Blue jays have hearty appetites and can seem to be greedy guests as they forage. They often hide food underneath leaves or grass clippings in order to retrieve it later. As opportunistic omnivores, these birds will sample a wide range of different foods. Peanuts in any form—whole, shelled, or even peanut butter—are their favorites at backyard feeders.

Putting out a handful of nuts is sure to invite a loud, raucous jay squabble over the tasty tidbits. One bird may even take several nuts at once, quickly flying off to hide his bounty.

Other blue jay favorites include:

Because these are larger birds, they need larger, sturdier feeders to feel most comfortable. Hopper feeders and open trays or platforms work best for jays, particularly when several birds will be visiting. Small dishes are also ideal for offering more selective treats, such as peanut hearts.

Because these birds can quickly clean out feeders, adding natural food sources to the yard can help sate their appetites. Nut-producing trees and shrubs, including oak, beech, hazelnut, and pinyon pine are a great option. Jays will also feed from berry bushes and small fruit trees, including cherries, grapes, blackberries, elderberries, and huckleberries.

The more food sources you offer in your yard, the more blue jays you will be able to feed. Providing a mix of different food options will not only appeal to jays, but a wider variety of different birds as well.

Blue jays frequently visit bird baths to drink, and they are vigorous bathers. A broad basin 2-3 inches deep is suitable for blue jays. Be sure to check it often as their energetic splashes can quickly empty the bath. Adding moving water with a dripper or wiggler will help attract jays' attention.

Positioning the bath in an open, sunny area will ensure the birds see the sparkling water.

See also: 8 Things You Should Know Before Installing a Birdbath

Because blue jays stay in their range throughout the winter, a heated bird bath is a must to continue providing water for them to drink. Once temperatures drop and snow falls, blue jays typically stop bathing—mostly. They may occasionally have a quick splash in the bath on a sunny day. 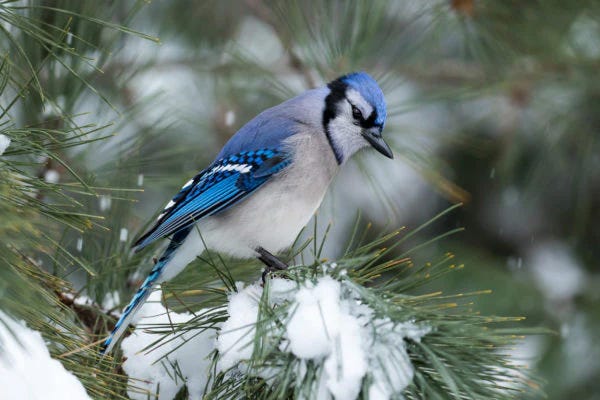 These large songbirds require mature trees for suitable shelter. Both deciduous and coniferous trees can offer a refuge for blue jays. Evergreen trees are especially necessary in fall and winter after leaves have fallen. Minimize pruning trees so the shelter remains dense and protective.

During the breeding season, blue jays will build their nests in the same trees they use for shelter. Nesting material such as twigs and grass clippings will help encourage blue jays to nest nearby. These birds may also use large nesting shelves that are under eaves or covered with a sloping roof. They will not routinely use bird houses.

Attract Other Types of Jays

Blue jays are the most familiar and widespread jay in North America, but there are several other jay species whose needs are similar. The same tactics used to attract blue jays can also attract these other jay species:

ttracting blue jays is not difficult. Just offer the foods they prefer, plentiful water, and suitable shelter. You may be surprised what other jay species show up as well—blue or not! See also: How to Attract Cardinals to Your Bird Feeder
More Like This