How Do Hummingbirds Chirp with their Tails? 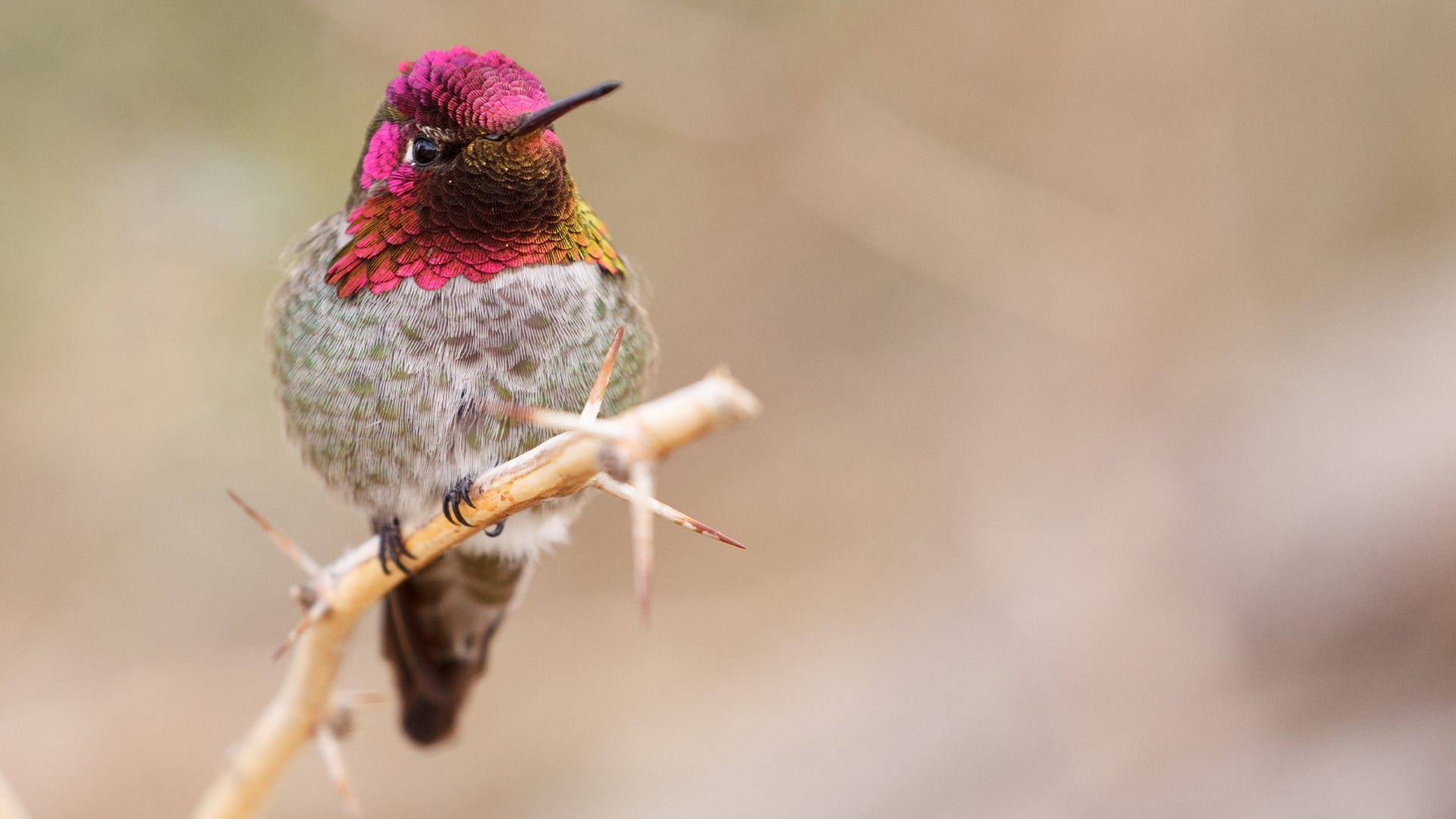 Just like the sound a reed causes in a saxophone or oboe, some hummingbirds make a chirping sound with their tail feathers.

By reducing the play-back speed, they found at the end of the hummingbird's dive, for about a 60 millisecond (faster than a blink of an eye), the hummingbird tail feathers spread open creating a chirp or beep sound.

It was long believed that the chirp was a vocal sound, not a sound made by the spreading of feathers. The two students confirmed their findings by also conducting a wind tunnel test. The wind tunnel test revealed that in fact the outer tail feathers, by spreading so quickly, literally vibrate just like a reed does on some musical instruments!

Lead author, Christopher J. Clark, a UC Berkeley graduate student in the Department of Integrative Biology claims that for now, the Anna’s hummingbird is the only known species that creates this alternative mechanism for sound, but other hummingbird species have similar tail feathers and may use them to produce sounds as well. 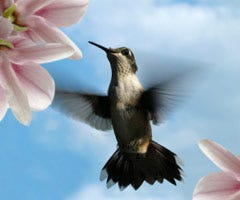 Other species thought to have these types of feathers include Anna’s relatives, “bee” hummingbirds, ruby-throat, black-chinned, Allen’s, Costa’s, and Rufous.

This chirp or beeping sound made by the male Anna’s hummingbird plays an important role in mating. The purpose of the sound is two-fold – the first is as a seduction mechanism geared towards the female Anna’s, while the second is to deter other male hummingbirds from “blocking” his intentions.

Believe it or not, the tail feather sound is louder than the Anna’s hummingbird actual vocal sounds, which did lead the researchers to note, “This suggests that switching to feather sonations has allowed (small birds) to escape the intrinsic constraints on vocal sound volume” compelled by their small song box, or syrinx.