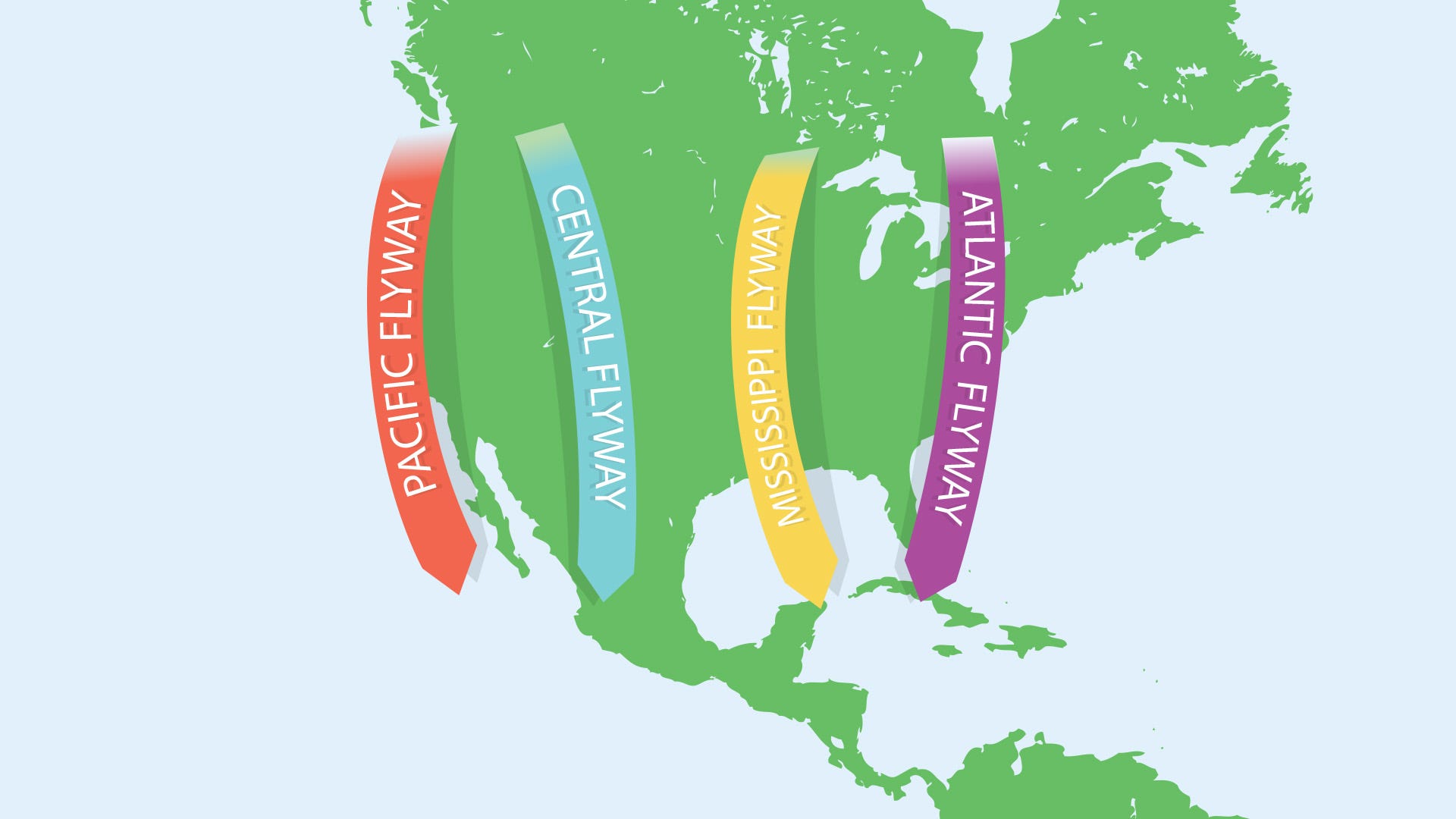 The paths followed by migratory birds in North America can be grouped into 4 general “highway”-type systems, called flyways.

The flyways follow the topographical features of the United States in a north-to-south direction.  The main flyway routes depend on the boundaries on either side. Food, shelter, and an abundance of water make these routes ideal for birds that are just passing through. 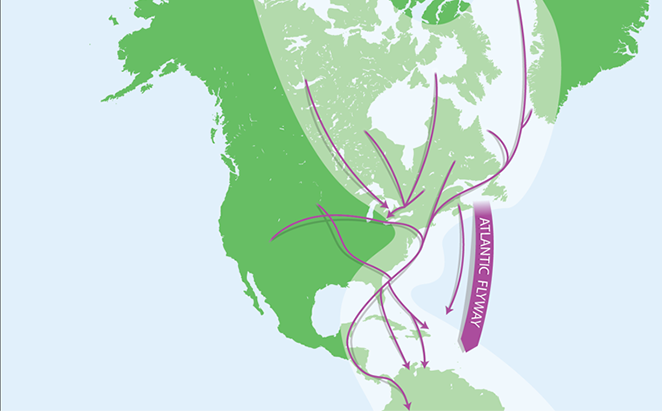 The Atlantic Flyway follows the eastern coast of the US from the Bahamas to the tip of Maine, with major migration routes intersecting in Southern South Carolina and the Delaware Bay. 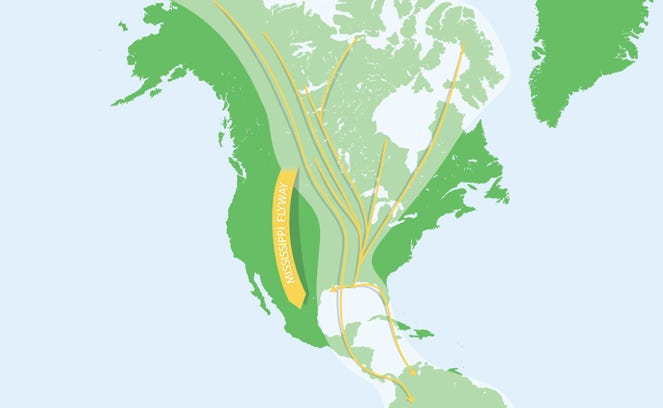 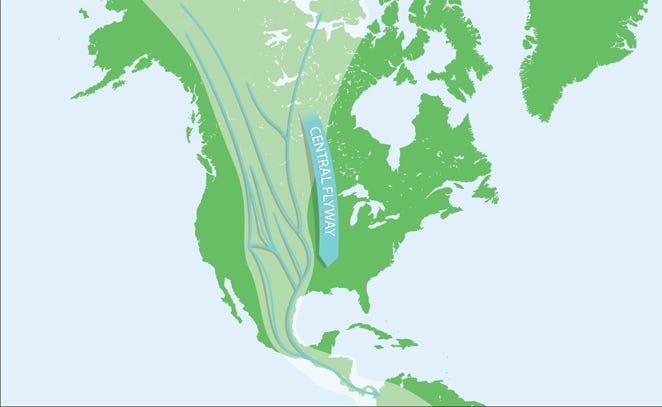 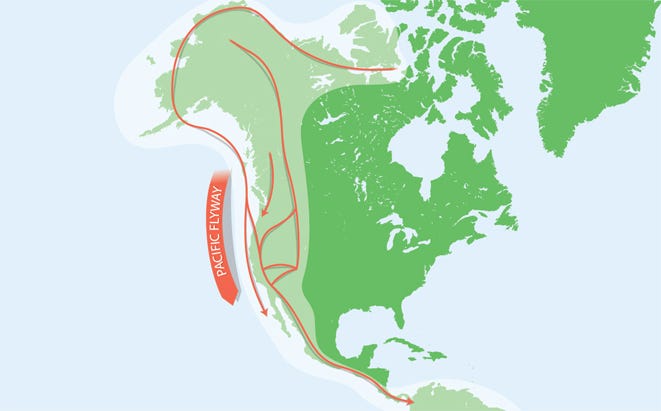 The Pacific Flyway hugs the Pacific Coast, with a minor migration route right beside the western artery of the Central Flyway and intersecting in northern Oregon, central California, and the California-Mexican border.

Some people still follow the old myth that if you keep your bird feeders hanging past Labor Day, birds will not migrate because they stay around and eat the food you supply. We encourage you to keep your feeders out and full since in actuality you are providing birds the food and fuel that are necessary for their migration trip.