Residents of the East Coast don’t often get the privilege of spotting Rufous Hummingbirds in their backyards and must instead enjoy them in pictures and videos. However, one lucky Pennsylvania household has been able to enjoy the sight firsthand for the second year in a row!

The unexpected guest, a 3-year old female Rufous Hummingbird, was first spotted at a feeder in Quarryville, Lancaster County, at the home of Doug and Terri Elvey around November 10 of last year. It made regular visits to the feeder until leaving their yard about a month later.

Imagine the Elvey’s surprise, when on October 8, 2016, there she was again, happily imbibing nectar from their feeder against all odds. And, it seems a rufous on the East Coast isn’t the only unusual hummingbird visitor this October. The West Texas Hummingbird Cam also recently captured an Amethyst-throated Hummingbird on its live feed. It’s the first Amethyst-throat ever to be spotted in the United States! 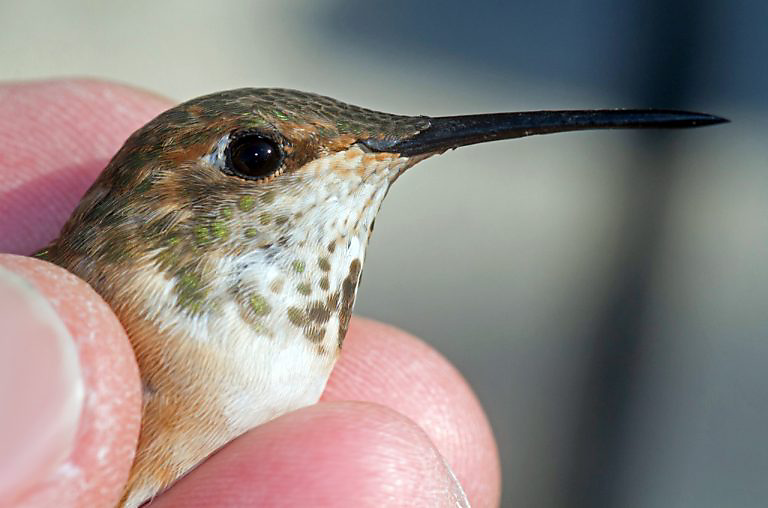 When the rufous first appeared at the Elvey’s home in the fall of 2015, they didn’t realize that it was such a rare sight in Pennsylvania. “I was not familiar with the rufous hummingbird before it showed up,” Terri Elvey states. After a few days of observing her, they realized it wasn’t one of the Ruby-throated Hummingbirds typically spotted in the area.

Since the Elvey’s didn’t recognize the bird, they did what any of us would – they went to the internet for answers. After identifying the rufous, they got in contact with the Audubon Society, who referred them to an ornithologist and licensed bird bander named Scott Weidensaul. When the rufous left in December, Terri and Doug assumed it was the end of the excitement.

However, that wasn’t the last the Elveys would see of their fast-flying friend. In an extremely rare event, this banded bird returned to the same exact spot on October 8 after a long migration. The Elveys were amazed and contacted Weidensaul right away to confirm that it was the same bird. Sure enough, there on the rufous’ leg was small silver band with the identification number J51249. 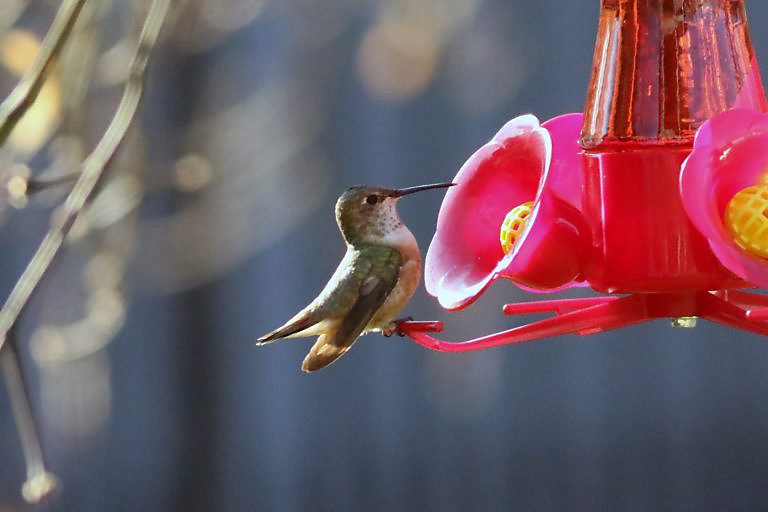 How Did A Rufous Hummingbird End Up Back in Quarryville?

We can’t be sure why the rufous came to Pennsylvania for the first time last fall. It likely has to do with misguided migratory instincts of the West Coast hummer. In addition, lingering warm temperatures in the eastern half of the U.S. make conditions tolerable for warm weather birds.

As to why the rufous returned this year, it’s anybody’s guess. Most hummingbird-lovers know what a great memory these birds have for feeders and other favorite spots from year to year, so perhaps she just liked her gracious hosts.

Weidensaul assumes that after the bird left the Elveys last year, she wintered in the south before heading up the coast of California to breed. When fall migration came back around, she struck out again for Quarryville. That’s a round trip flight of perhaps nearly 9,000 miles!

Reactions from the Birding Community

After being confirmed and banded by Weidensaul, birders from all over the area came to pay a visit to the hummer and the Elveys were happy to share the experience. When the rufous returned this year, so did the visitors.

“We were so excited about all of the visitors,” explains Elvey. “It was a pleasure to have them. They knew so much and taught us along the way. Plus, they gave us some great pictures and videos!”

So far, the Elveys have had more than 30 birders reach out asking to come by to see the rufous in their yard. In addition, they had admirers from as far away as San Francisco emailing to share their excitement and ask questions about feeders and nectar. 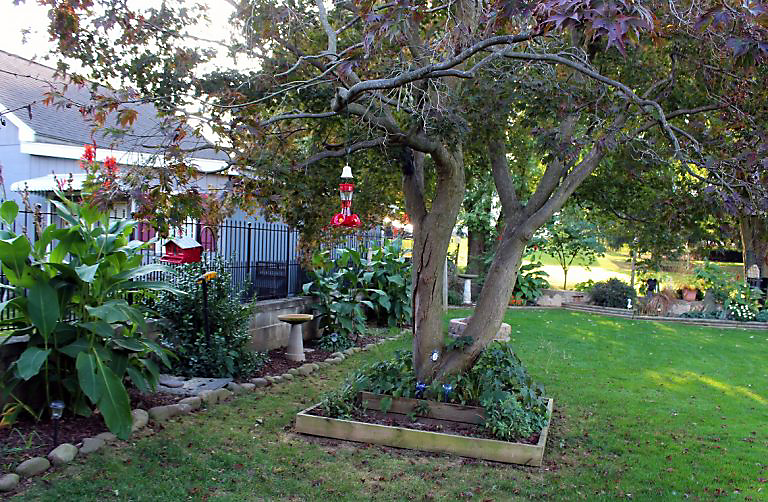 Naturally, when we heard about the rufous’ return, we went right on over to Quarryville to have a look at the miracle bird for ourselves. Sadly, we didn’t get a chance to see her the afternoon we stopped by. “She likes to feed in the morning, usually between 7 and 9 o’clock,” says Terri “That’s the best time of day to see her.” Luckily, Terri was able to share plenty of pictures of the rufous taken by other excited birders.

Despite not getting a glimpse of this rare beauty in person, Perky-Pet® did get a chance to see a variety of other feathered beauties enjoying the charming bird haven in the Elvey’s backyard. With multiple feeders, a bounty of colorful and sheltering plants and several watering holes, it’s easy to see why the rufous made such a long journey to return.

We were also thrilled to learn that the Elvey’s attracted this Western U.S. beauty to their yard with none other than a Perky-Pet® feeder! “We have been using Perky-Pet® feeders in our yard for over 20 years. They are constructed well and work the best,” says Elvey, “We especially love the thistle feeders.”

What to Do If You Spot a Non-Native Hummingbird

On the East Coast, Ruby-throated hummingbirds are native backyard visitors. However, they are usually gone by mid-October. So if you live on the northern east coast and spot an unfamiliar hummingbird in your yard during late fall, it could be one of the few western hummers.

Here’s a few steps you can take if you spot one of these non-native birds:

Stories such as the Elvey’s serve as a good example to many backyard birders of why you should leave your hummingbird feeders up until at least the end of November. These fast-flying birds need plenty of sustenance and a place to rest to have enough energy for their long journey south.

Have you had any unusual visitors in your yard? Stop by our Facebook page to share your pictures and stories with the Perky-Pet® community. In addition, be sure to sign up for our e-newsletter to receive updates on more great stories like this one, as well as discounts on bird feeders and accessories.