WHEN DO BIRDS MIGRATE?

In North America, the birds that migrate do so in the late summer through the fall and in the late winter through the spring. Migrations generally follow a north-south pathway, although a few bird species – namely oceanic birds -- may migrate in a circular pattern. 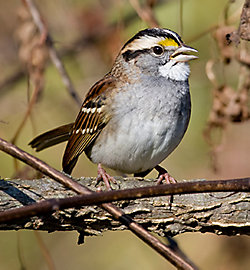 With so many bird species migrating to and from North America, it’s impossible to pin down exact dates for fall bird migration.

Likewise, most bird species have huge summer ranges, so saying that all White-throated Sparrows begin migration around September 10 would be misleading. Why? Their summer range includes millions of acres in Canada. That leads to a few questions: Does their migration officially start when they exit the southern border of that range? Or does migration simply begin when they start flying south?

Instead, it’s easiest to suggest that fall migration departures begin in waves starting in the northern latitudes of Canada in the late summer and continue through the fall.

Just like fall migration, spring bird migration times are rarely exact dates. Even the famed Cliff Swallows of Capistrano, which were said to always return to their California town on March 19 of every year were often late (or early) depending on a variety of factors. In fact, since 2009 they haven’t returned once!

Other migrating birds rarely attempt to keep such a precise schedule. Instead, their departure dates often revolve around weather conditions, food availability and steadily increasing competition for resources. There are probably many other migration triggers – we humans just haven’t recognized them yet!

This timeline looks at certain zones in North America – from the northern reaches of Alaska to the tip of Florida -- and suggests key time periods for spring and fall migrations. 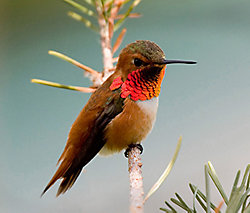 Most birds will follow landmasses as they move through their migration routes. This instinct often creates hotspots in the U.S. and Canada where a huge variety of species are funneled through a very small area.

That means that peninsulas and barrier islands are frequent favorites of bird watchers during migration. Additional hotspots pop up as birds search for water during their long trips – that creates bird-viewing opportunities at lakes, marshes and rivers. Another North American hotspot occurs along the southern coasts of the U.S. – birds will congregate there to get rest and food prior to continuing across the Gulf of Mexico or to recover after crossing it.

For backyard birders lucky enough to live near one of these hotspots, their feeders can be buzzing with activity as birds pass through! They’ll have an opportunity to see a huge variety of species and help them as they move along to their seasonal homes.

DO ALL BIRDS MIGRATE?

A large portion of the bird species in North America migrate in the spring and fall, but not all of them do.

Those that migrate will travel to their seasonal range, which, in some cases, can be thousands of miles away. These journeys can be long and exhausting for the birds that undertake them. That explains why birds spend so much of their time developing energy reserves before engaging in their migration. Without those reserves, they wouldn’t be able to travel as far as they do -- or arrive in relatively good shape!

Other migration journeys may only be a few hundred miles – just enough to escape a harsh winter or to move toward more ideal nesting ground. Other species will simply migrate to a different altitude – in the winter they leave their mountaintop territories to live in valleys that offer better shelter from the winter cold and access to more food.

Depending on your specific location, these short-distance migrants may be considered resident birds. A species can be labeled a year-round resident of your area, but a migrant elsewhere on the continent. That being said, who’s to say the Northern Cardinal in your area didn’t travel 500 miles south in the fall to avoid a tough winter? If it travels back to that area in the spring, then it’s definitely migrating!

With that in mind, remember that the definition of what a migratory bird is should be considered highly fluid. As an avid bird feeding enthusiast, don’t worry about it much – just remember to keep your feeders and waterers stocked during the key migration periods in your area! 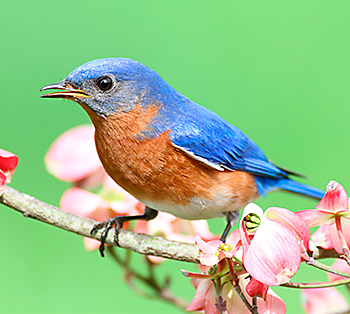 With so many birds migrating, people tend to have specific questions on individual bird species. The experts at Perky-Pet® are happy to clear them up for you: